Steven Markland has joined Downtown Music Publishing, where he has been appointed as Vice President of A&R and will establish the company’s first office in Nashville, according to Justin Kalifowitz, Founder/President of Downtown.
In his new role, Markland will sign and develop emerging and established songwriters, acquire catalogs and work closely with Downtown’s creative teams in New York and Los Angeles to create new opportunities for the Company’s writer roster.  He will report to Kalifowitz and Downtown’s Chief Operating Officer, Andrew Bergman.
A 25-year veteran of the music publishing industry, Markland has nurtured some of the most talented songwriters in Nashville including Brett James and Jeffrey Steele, as well as the two-time 2014 Grammy winner Kacey Musgraves.
Prior to joining Downtown, Markland served as Vice President of A&R, Nashville at Warner/Chappell Music, a position he held since 2009. Previously, Markland was tapped to open Windswept Publishing’s Nashville office in 1996. From 1993 to 1996, Markland was Director of Creative Affairs at Patrick Joseph Music. A native of Ohio, Markland began his career in the music industry as an intern at RCA Records while attending Belmont University in Nashville.
“For over two decades, Steve has proven to be a tireless champion of songwriters,” said Kalifowitz.  “As we expand our business to Nashville, home to one of the most vibrant songwriting communities in the world, Andrew and I couldn’t be more delighted to welcome such a passionate and talented executive to our team.”
Katie Armiger, Rich Robinson and Dave Berg are among the writers affiliated with Downtown Music Publishing. The growing company established an office in Los Angeles in 2013. Downtown’s catalog spans over 60,000 titles including the works of such diverse writer/artists as The Beatles, John Lennon & Yoko Ono, The Kinks, Hans Zimmer, Motley Crue, Seal, Ellie Goulding, and Neon Trees. 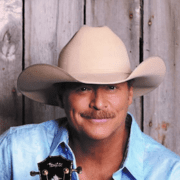