On Saturday evening (Feb. 1), Keith Urban got a warm welcome from the musical city he’s called home for the past 20 years. Urban, Little Big Town and Dustin Lynch brought the last night of their Light The Fuse Tour to Music City.

Prior to Urban’s headlining set, the arena was treated to the airtight harmonies of Little Big Town. “I remember playing our songs at 3rd and Lindsley and dreaming about this night,” said Karen Fairchild. “All we ever wanted to do was sing. Thank you to all the songwriters who let us sing your songs. Keith gave us our first shot at performing in arenas about nine years ago.” Little Big Town performed several of their hits including “Boondocks,” “Pontoon,” “Tornado” “Your Side of the Bed,” and covers of Fleetwood Mac’s “The Chain” and The Oak Ridge Boys’ “Elvira.”
Eschewing the expected dramatic entrance favored by many musicians, Urban’s concert opening was refreshingly sparse. Urban reversed the typical concert opening, which involves band members taking the stage and vamping until the crowd is whipped into a frenzy that welcomes the star of the evening onstage. Urban walked onstage alone, practically taking the audience by surprise. As a swell of recognition filled the arena, Urban greeted the crowd before taking up his banjo for an instrumental solo. One by one, his band members joined in, creating a wall of sound.
Urban and his band of talented musicians offered a substantial palette of hits, including “Long Hot Summer,” “Sweet Thing,” “Better Life,” “Even The Stars Fall 4 You,” “Who Wouldn’t Wanna Be Me” and even a quirky cover of “Rocky Top.” Urban made great use of his talented tourmates as well, bringing out Little Big Town to lend harmonies on “Fly,” and Lynch to add some country boy swagger to “Kiss A Girl.” Fairchild gave a soulful rendition of Miranda Lambert’s female vocal on “We Were Us.” Kudos to Urban’s lighting and video team for the creative and effective design. The video screen was divided into five panels, separated by vertical rows of lights, which allowed for a myriad of configurations. At points during the concert, the panels displayed one image, while at other times, each member of the band was featured on a separate panel simultaneously, creating a close-up look at what was happening onstage from all angles. A small camera was attached to the headstock of Urban’s guitar, allowing fans an extremely close look at those guitar riffs Urban is famous for.

Creating a personal, intimate feel in a cavernous arena has always been one of Urban’s strengths, and the Fuse tour is no different. He used an arsenal of tricks to get close to fans in every section of the venue, including walking through the crowd and shaking hands along the way (while playing Blake Shelton‘s “Boys ‘Round Here,” no less). He ventured to a smaller stage in the back of the arena, and also into the “cheap seats” to perform. One lucky fan got a signed guitar from the star.
Urban gave another attendee, Alexis, the best seat in the house. After using a spotlight to get a better look at signs that die-hard fans brought to the show, Urban selected Alexis’ sign, which bore the questions “Can I Have A Hug?” Urban did one better. Not only did Alexis get the hug she hoped for, but a recliner was brought onstage and Alexis got a personal serenade from Urban on “Back To Me.”
He not only got close to his fans, he let them get close to him, via personal stories scattered throughout the concert. He mentioned that he performed “Memories of Us” during his wedding to Nicole Kidman. He told fans how he penned “Once In A Lifetime” after a conversation with then-fiance Kidman. “We were talking about getting married,” he recalled. “She was scared about making a commitment to a guy like me and I was trying to convince her. The next day, I didn’t plan on it, but I was writing a song and this is what came out.” The crowd also got an extended concert. “We might be a bit late tonight—a little later than normal,” said Urban, to the audience’s delight. His set began at 9 p.m. and didn’t end until after 11:30 p.m.
It wouldn’t be a Nashville concert without special guests. Eric Church appeared for “Raise ‘Em Up,” while Peter Frampton joined Urban for a sizzling guitar duel. Unfortunately, a technical issue kept the audience from hearing a brief portion of Urban’s masterful guitar melodies. The two clearly enjoyed the moment, trading guitar licks on The Beatles’ “Get Back.”
After closing the show with his signature “Somebody Like You” amid blasts of confetti, Urban returned to the stage after a brief pause. Taking a seat solo at a piano, Urban offered a medley of ballads, including “But For The Grace of God,” “Raining On Sunday,” and “Tonight I Wanna Cry,” before closing with the romantic Rodney Crowell-penned ballad “Making Memories Of Us.”
Though the tour ended in Nashville, Urban didn’t stay in town long. He told the crowd he would be flying out the next day to visit his wife and children in Morocco, where Kidman is currently shooting a movie. 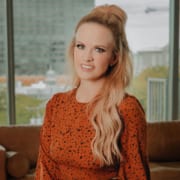