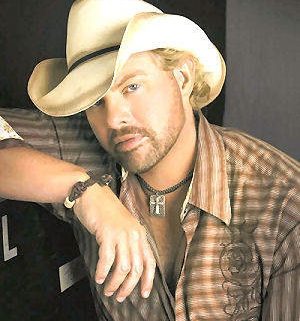 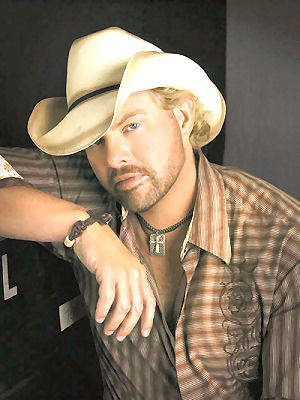 Toby Keith lands at No. 4 on Forbes‘ list of the world’s highest-paid musicians, making him the top income-producing Country artist for 2013. According to Forbes, Keith pulled in $65 million.
Taylor Swift lands at No. 7 on the list ($55 million), followed by Kenny Chesney at No. 9 ($53 million), and Tim McGraw at No. 24 ($33 million).
The highest-paid musician, according to Forbes? Madonna, who brought in $125 million. She is followed by Lady Gaga ($80 million) in second place, and Bon Jovi at No. 3 ($79 million).
Forbes looked at income ranging from June 1, 2012 through June 1, 2013, using sources including Pollstar, RIAA, Nielsen SoundScan, along with managers, lawyers and at times artists themselves. Concert ticket sales, royalties for recorded music and publishing, merchandise sales, endorsement deals and other business entities were all considered in evaluating the list. Estimates reflect pretax income before deducting fees for agents, managers and lawyers; only living artists are eligible.
If deceased artists were eligible for inclusion, the list would have a new top earner: Michael Jackson, who pulled in $160 million.