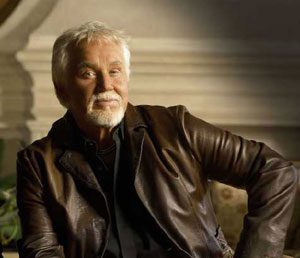 Newly inducted Country Music Hall of Fame member Kenny Rogers will receive The Willie Nelson Lifetime Achievement Award during The 47th Annual CMA Awards airing Wednesday, Nov. 6 (8:00-11:00 PM/ET) on the ABC.
Rogers will be honored with a star-studded tribute featuring performances by Jennifer Nettles, Rascal Flatts and Darius Rucker.
“Kenny Rogers is a living legend and Country Music trailblazer,” said Ed Hardy, President of the CMA Board of Directors. “He is more than deserving of this honor and what is sure to be a stellar tribute. He represents everything that this Award was intended to recognize when we initiated it last year with Willie.”
Rogers is a five-time CMA Awards winner with 23 career nominations. He was inducted into the Country Music Hall of Fame in a Medallion Ceremony Sunday night (Oct. 27), celebrating a five decade-long career. Rogers has sold more than 120 million records worldwide, recorded 24 No. 1 songs and 12 No. 1 albums, is a New York Times Bestselling author, and recently released his 35th studio album, You Can’t Make Old Friends, which became his 22nd Top 10 Country album.
The Willie Nelson Lifetime Achievement Award was presented for the first time last year to its namesake. The Lifetime Achievement Award was created and meant to be presented to an iconic artist who has attained the highest degree of recognition in Country Music. The Award recognizes an artist who has achieved both national and international prominence and stature through concert performances, humanitarian efforts, philanthropy, record sales, and public representation at the highest level.