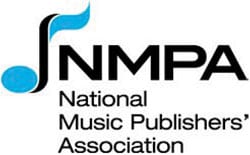 The NMPA recently sent a welcome letter to Pandora’s new CEO Brian McAdams, pleading with the new exec to reexamine the company’s treatment and pay scale for songwriters and publishers. In correspondence on the NMPA website, NMPA President/CEO David Israelite accuses Pandora of “turning its back on the very industry that provided the foundation for its success,” citing Pandora’s pay scale of less than $60 for one million plays of songs, or $0.00006 per play.
Israelite also alleges the music giant that streams billions of songs each year is currently suing to pay writers even less, lobbying Congress for favorable treatment, and employing gimmicks to avoid paying writers fairly instead of building solid partnerships with writers.
He ends the letter with a plea for change from new Pandora CEO McAdams, who was dubbed “Digital Executive of the Year,” by Advertising Age, in addition to being named one of the 30 most influential ad executives in Adweek’s 30th Anniversary issue.
“We in the music publishing and songwriting industry hope that you can guide Pandora away from its shameful treatment of songwriters and towards a relationship that respects our creative contribution through fair compensation for Pandora’s use of our songs,” wrote Israelite.
McAndrews previously held senior positions at General Mills and ABC. In 1999, he took over Seattle-based digital agency Avenue A, which was bought by Microsoft for $6 billion dollars in 2007. He also held positions at Microsoft and Madrona and is currently on the boards of The New York Times Co., Grubhub Seamless and AppNexus.