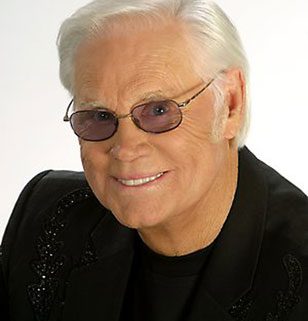 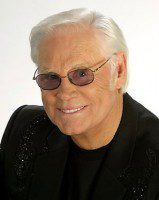 A slew of superstars have been added to the lineup of the upcoming George Jones tribute concert Nov. 22 in Nashville. George Strait, Blake Shelton, Miranda Lambert, Eric Church, Reba McEntire, and Alabama have all signed on to sing praises to the Possum at the upcoming tribute show at Music City’s Bridgestone Arena, which has already sold out.
The additions to the bill join previously announced artists Alan Jackson, Dierks Bentley, Travis Tritt, Tanya Tucker, Josh Turner, The Oak Ridge Boys, Charlie Daniels, Jamey Johnson, Montgomery Gentry, Sam Moore, and others who will all take the stage in honor of the country legend who died earlier this year. Jones was on his farewell tour, The Grand Tour, when he passed away.
“I am thrilled and honored that so many of George’s friends are coming to what would have been his last concert,” says Nancy Jones.  “George loved these artists and before passing had actually wrote letters to almost all of them.”
The sold-out show was originally part of Jones’ final tour dates, but was converted into a tribute concert to the legend after his passing. An album full of new music by Jones, Amazing Grace, was released last week, and features the legend performing 12 classic gospel standards like “Old Rugged Cross,” “Peace In The Valley,” and the title track, and was produced by his longtime producer Billy Sherrill.
The collection also includes an unreleased track from 1994, “Great Judgment Warning,” which features Jones accompanied by Marty Stuart on mandolin, and backed by Jessi Colter, Waylon Jennings, Ricky Skaggs, Connie Smith, and Travis Tritt.