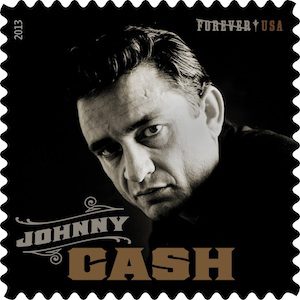 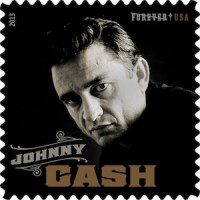 Ten years ago today the world of country music lost an icon when Johnny Cash passed away at age 71 in Nashville. The Man In Black left an indelible image that influenced generations of future country artists with his imposing image, outlaw sensibilities and incredible talent, and fans will remember his passing tonight (Sept. 12) at a candlelight vigil at the Hendersonville Memory Gardens in Hendersonville, Tenn.
Born to a family of seven in Ark., Cash began writing songs at age 12 and formed his first band during a stint in the Air Force. After moving to Memphis in 1954, he signed with Sun Records and recorded some of his first songs, “Hey Porter,” and “Cry! Cry! Cry!” Just two years later he recorded two of his signature smashes, “Folsom Prison Blues” and “I Walk The Line,” but later left Sun to sign with Columbia. In the 1960s he began touring with the Carter Family, which included Anita, Helen, and June, who would later become the love of his life. June  penned what would become one of his biggest  crossover hits, “Ring Of Fire,” but the two wouldn’t wed until 1968, 13 years after they first met backstage at the Grand Ole Opry. In 1967, the two won a Grammy for their hit duet, “Jackson.”
From 1969-71, Cash starred in his own TV show on ABC, which featured guests like Louis Armstrong, James Taylor, Ray Charles, and Bob Dylan. He later sang a duet with Dylan on Dylan’s Nashville Skyline album and even penned the liner notes for the collection. During this time he cemented his “Man In Black” image by wearing all black as a tribute to the poor, downtrodden, and overlooked in society. He often identified with and voiced his compassion for prisoners as well, and performed concerts throughout the years at various prisons around the country including his legendary San Quentin show in 1958 which led to a pair of successful albums, Johnny Cash At San Quentin and Johnny Cash at Folsom Prison. In 1980, Cash became the Country Music Hall of Fame’s youngest living inductee at age 48, and during the mid-80s toured and recorded with compadres Waylon Jennings, Willie Nelson, and Kris Kristofferson as the Highwaymen, releasing three albums.

An original three-page handwritten draft of the liner notes for Johnny Cash’s 2000 album release, Love, which was released individually and also as part of a 3-CD box set titled, Love, God and Murder. Reads in part, “I remember when I fell into June’s ‘Ring of Fire.’ There was a lot of showing it as well as saying it. Never had there been a deeper love than my love for her. At times it was painful but we shared the pain so it was just half painful. Now, even though it has mellowed out, the flame of our love still burns. And it burns, burns, burns.” Signed at the conclusion of the last page “Johnny Cash.” From the personal collection of MusicRow Publisher/Owner Sherod Robertson

In the 90’s Cash signed with Rick Rubin’s label and released the highly-lauded American Recordings album which he recorded in his own living room accompanied by only his Martin guitar. The album featured covers of contemporary artists and won a Grammy for Best Contemporary Folk Album. By 1997, suffering from complications due to diabetes Cash was forced to leave the road, though he recorded two more albums, American III: Solitary Man and American IV: The Man Comes Around. The latter project included a video of Cash’s rendition of the Nine Inch Nails song “Hurt,” which is now recognized by some as his epitaph. At wife June’s behest, Cash continued working up until the day he died practically, recording 60 songs in the last four months of his life and performing several surprise shows at the Carter Family Fold outside Bristol. He passed away less than four months after his beloved June, and some say he simply died of a broken heart.
He was awarded the Kennedy Center Honors in 1996, a Grammy Lifetime Achievement Award in 1999, the National Medal of Arts in 2001, and in 2005 his life was memorialized in a feature film starring Joaquin Phoenix, Walk The Line. A limited-edition postage stamp with his image was released in June of this year, and a new museum dedicated to the life of the legend was opened in Nashville late this summer featuring an impeccable collection of hundreds of pieces of memorabilia from his life.