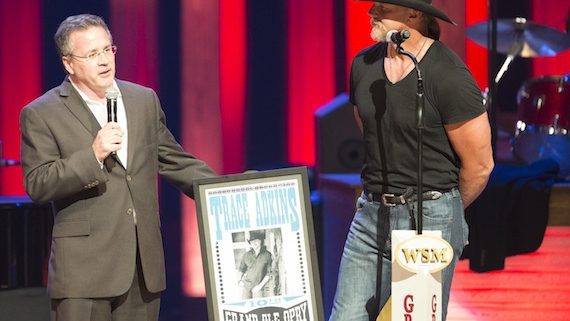 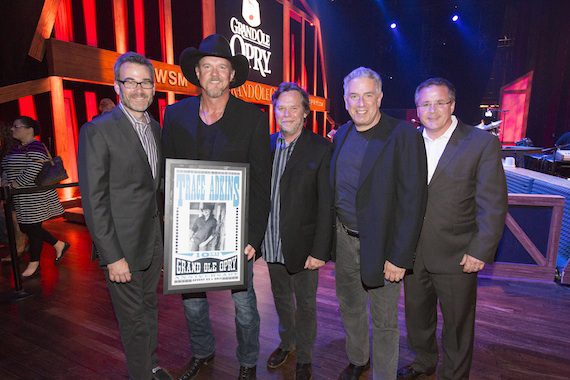 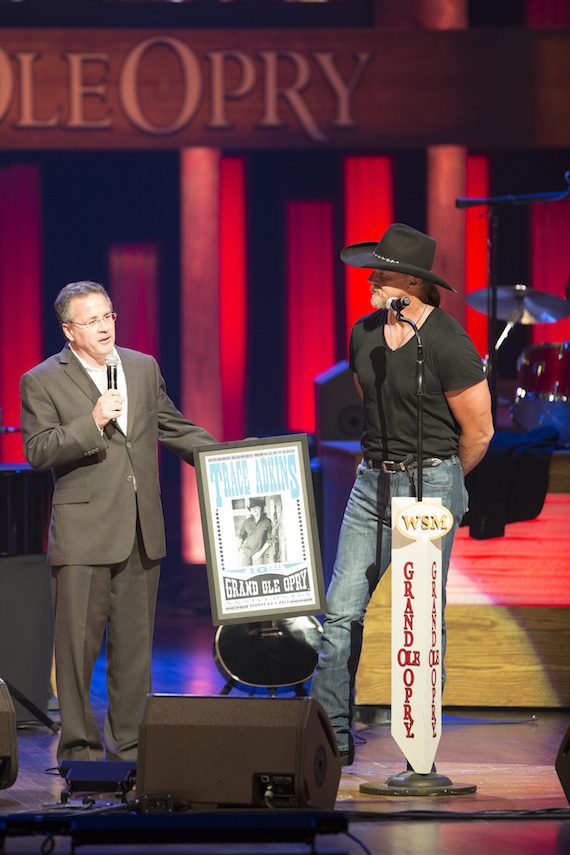 Trace Adkins celebrated his 10th anniversary as a Grand Ole Opry member last Friday night (Aug. 23), performing for fans on the legendary stage. Adkins was first inducted into the Opry 10 years ago on that very same day by Ronnie Milsap, and he received congratulatory messages via video from Milsap, Blake Shelton, the Oak Ridge Boys, Gene Watson, and Hunter Hayes as well during the anniversary celebration.
In recognition of the milestone, Adkins closed out the evening’s show with a special 30-minute segment of his music.
“It’s been a great ten years with Trace as an Opry member, Opry Vice President and General Manager Pete Fisher said. “He’s made trips to the top of the charts, toured from coast to coast and beyond, and become a national television personality, taking the Opry with him wherever he’s gone and also always coming home to the Opry stage. Here’s to the next ten years.”