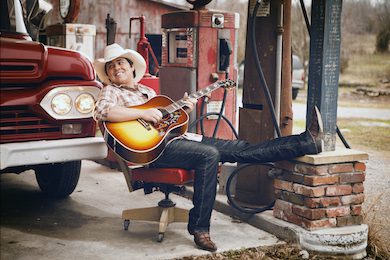 Tim Dugger is a man full of enthusiasm and talent – spiked with a little bit of southern charm. He sings about the people he knows and things he likes to do and writes the kind of songs that most folks can relate to, ones that make you smile and ones that cut to the heart.
An Alabama native, Tim Dugger has been performing as long as he can remember. Coming from a family deeply rooted in country values, he starting singing gospel music, at the age of seven, with his sister at church.
As a teenager he began forming his own bands and performing anywhere he could. Eventually he began performing in bars and clubs near race-tracks. A diehard NASCAR fan, racing and music were in his blood. At the request of his fans, he began recording his songs and selling the homemade CDs at his shows. In a few short years, he developed a large following and a stellar reputation giving him the opportunity to stay on the road performing to sell-out crowds in Alabama, Georgia, and Florida.
Frequenting the clubs around the racing circuit, Tim developed not only a loyal following of race fans; he also became a favorite of several drivers and their crews. These friendships and connections eventually led him to Nashville where he signed a record deal with Sidewalk Records.
Over the past few years Tim has performed with a wide variety of popular country artists including Trace Adkins, Sarah Evans, Diamond Rio and Craig Morgan. He’s also quick to step in when asked and give free concerts for several organizations helping people in need. Tim was featured in the television reality show “Highway to Fame” and performed at several Nashville hot spots including the Wild Horse Saloon, Tootsies Orchid Lounge, The Nashville Palace, The Stage on Broadway, and the Fiddle and Steel Guitar Bar at Printers Alley.
Tim’s music reflects his passion for both country music and great songwriting. He’s currently in the studio with famed producer Jim Ed Norman (Eagles, Linda Ronstadt, Kenny Rogers) working on his debut album.
Be sure to catch Dugger out on the road. Chances are he’ll be at a club or a racetrack near you.
Social Media:
https://www.facebook.com/timduggermusic
https://twitter.com/Tim_Dugger
https://www.youtube.com/user/timdugger3
http://instagram.com/tim_dugger