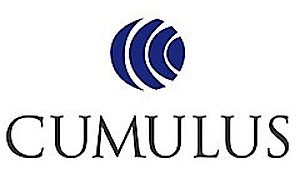 Cumulus Media Networks has partnered with Dick Clark Productions to create original radio and digital content around the upcoming American Music Awards and the Billboard Music Awards, according to Billboard.com.  As part of the partnership, Cumulus will create six hours of original programming surrounding the upcoming AMAs on Nov. 24 that will be broadcast to its 5,500 affiliate stations across the country. The programming will be live and tailored to major formats including country, pop, urban, and rock.
Leading up to the televised broadcast, Cumulus stations will also build excitement about the show by announcing the artist nominees across its various platforms. Radio listeners across the country will also have the opportunity to win tickets to the AMAs, and following the broadcast, event coverage will be available across the stations’ websites and owned-and-operated social media profiles. The company will take a similar approach to its coverage of the Billboard Music Awards in 2014.
“There’s never been that level of interactivity and access to these shows that we’ve been able to bring to radio and our audience,” Cumulus Media Networks executive VP and co-COO John Dickey tells Billboard.biz. “We’re very excited about having that opportunity to get up close and personal, from the red carpet and backstage to embedding some of our talent with the artists as they get ready and dressed for the show.”
Dick Clark Productions and Billboard share the same parent company in Guggenheim Partners.