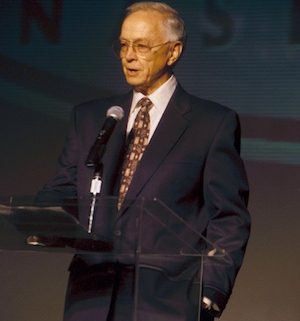 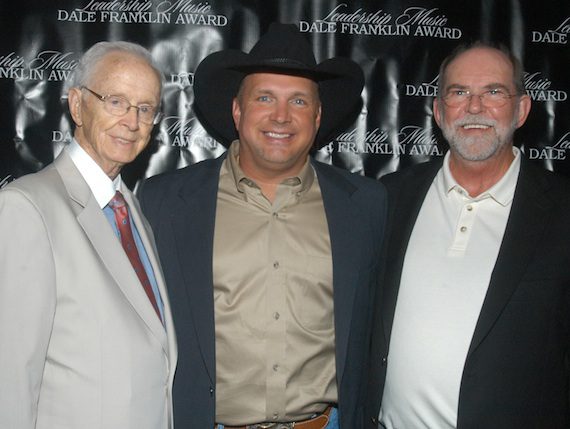 UPDATE:  A service celebrating Jim Foglesong’s life has been scheduled at Vine Street Christian Church, 4601 Harding Pike in Nashville on Tuesday, July 16 at 1 p.m. CT.
• • •
Music industry executive Jim Foglesong died Tuesday (July 9) at a Nashville hospital after a brief illness. He was 90. Foglesong was the music executive who signed Garth Brooks, Reba McEntire, George Strait, the Oak Ridge Boys, Lee Greenwood and others to major label deals.
“Today, the music industry lost its greatest diplomat for kindness, tolerance, faith, and sincerity,” says Brooks. “But do not weep for Jim, I have never met a man with a stronger faith, anyone who knew Jim knows where he is now. Instead, weep for those of us who are left here without him…truly, a great, great man.”
“We have lost a giant of a man today,” says Katie Gillon, who worked closely with Foglesong. “Jim was a devoted family man who lived his life with the utmost integrity in every way. He was unfailingly polite, kind and caring to all that he met from the most powerful executives and superstars to the newest eager arrival on Music Row. Jim Foglesong was a true gentleman and what a legacy he leaves us. My heart is broken.” 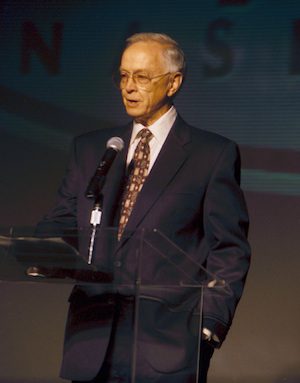 “Jim Foglesong was truly one of my heroes, and he’ll be sorely missed,” adds singer-songwriter Don Williams. “He was a giant in the industry and the model of a true gentleman. He was incredibly supportive of me as an artist and instrumental in much of the success I’ve enjoyed.”
“My family and I are deeply saddened by Jim Fogelsong’s passing,” says Barbara Mandrell. “Jim’s family and mine have shared so many wonderful times together as dear friends for so many years. He was such an important influence on my career as my record company president for most of the years I spent recording. He was a loving and caring friend who provided thoughtful wisdom and guidance. I have comfort and peace knowing that Jim loved our Lord Jesus Christ and he’s with Him now.”
Foglesong was born in Lundale, W. Va., on July 26, 1922. His career began in New York, where he worked for Columbia, Epic and RCA. He relocated to Nashville to oversee Dot Records in 1970. There he guided the careers of Roy Clark, Don Williams and Donna Fargo among others. In 1973, he became the first executive to be given the title of president of a major record company on Music Row. After ABC purchased Dot Records, ABC/Dot Records added Barbara Mandrell, the Oak Ridge Boys and Freddie Fender to the roster. During Foglesong’s tenure at MCA, the label signed George Strait, Reba McEntire and Lee Greenwood. He oversaw Capitol Nashville from 1984 through 1989 and signed Garth Brooks as well as renewed the career of Tanya Tucker.

Foglesong was inducted into the Country Music Hall of Fame in 2004. He was inducted into Leadership Music’s Class of 1990; he later received Leadership Music’s Dale Franklin Award in 2009, the same year that Garth Brooks was awarded with the same honor. Foglesong was a long-time member of the Country Music Association and served as chairman of the organization. He was also a recipient of the Nashville Entertainment Association’s Bridge Award.