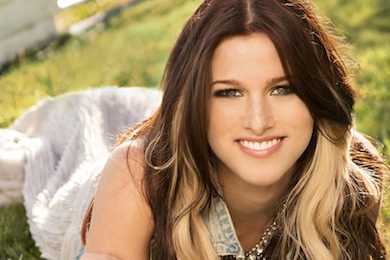 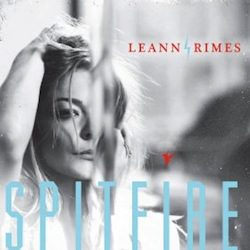 Touring has always been an active part of the country album sales formula as well as a hefty revenue stream in its own right. So it should be no surprise to see the competition to attract live audiences (and the ticket profits they yield) ratcheting up. Artists have an array of social media tools and media channels such as reality TV shows like The Voice, American Idol, Dancing With The Stars and Celebrity Apprentice to help put butts in seats. But like every other part of the entertainment biz, the pressure to “deliver the goods” is also rising.
CMA Music Festival 2013 presented a revealing window through which to view and grade onstage wow! as country’s major acts graced the LP Field Stage in short 30-minute time slots. Being chosen to perform in that venue is a testimonial in itself, and as expected, all of the acts presented well. But some came ready to show they intend to dominate—while others seemed to feel that pretty darn good was good enough.
This writer did not see every act over the four days, so please don’t consider the following examples to be a comprehensive list. Two acts that turned the stage into a high energy audio-visual battleground were Florida Georgia Line and The Band Perry, both on the same label.

Kimberly Perry exploded onto the stage jumping up and down making calculated sharp turns and spins almost reminiscent of Beyonce in scale and scope. Oh yeah, and let’s not forget that she can sing, sing sing. The crowd responded like a stick of dynamite with a lit fuse jumping to its feet all at once. Florida Georgia Line was different, but similar, if you will. They have a different vibe, but from the second they appeared the energy level was on high alert. (Isn’t it great to see how a few platinum plaques can up an act’s swagger?) Also deserving mention was Keith Urban who substitutes intergalactic guitar licks for choreography to achieve the same out-of-your-seats effect.

When the touring smoke clears at the end of the summer, the acts that did their homework should own the pole positions for next year while the others may find themselves riding out in smaller buses.
And now to this week’s results…
Weekly Register
LeAnn Rimes was this week’s sole Top 10 country debut coming in with Spitfire at No. 9 and almost 11k units (54% digital). Last week’s CMT Awards didn’t seem to pump Country album sales much. Overall they climbed 1% W/W while the Current Country tally was slightly down. The fast facts are contained on the grids which show country’s Y/Y lead edging down while all genre sales also lag.
Blake Shelton enjoys a second consecutive week at No. 1 with over 36k units on his Gold-headed-for-Platinum Based On A True Story. Darius Rucker spins his “Wagon Wheel” single which keeps his album True Believers No. 2 again although sales fell about 18% w/w to 33k. The next three titles are Florida Georgia Line (No. 3; 28k), George Strait (No. 4; 21k) and Lady Antebellum (No. 5; 20k).
At the end of Q2 we’ll study the TEA effect more closely, but through this week, Taylor Swift’s Red leads the country pack in YTD Albums w/TEA showing over 1 million combined units. Blake Shelton’s True Story (almost 900k) and FGL’s Good Times (almost 800k) follow.

Keeping Track
This week’s track listings reinforce the industry adage, “don’t diss TV cred.” Echoing the wisdom of that advice is The Voice’s Cassadee Pope with her new single “Wasting All These Tears.” Pope impressed the trade press with her recent meet/greet/perform visits. During last year’s show she sold enough tracks to make most any new artist green with envy and this week she storms onto the chart at No. 2 with a robust 125k units. But for now, nothing can touch FGL who remain in No. 1 with 225k units. The duo’s track “Cruise” has now passed an RTD of over 4 million.
This year’s new The Voice star-in-the-making, Danielle Bradbery, continues her reign of chart terror with the Sara Evans hit “A Little Bit Stronger” which debuts at No. 13 with almost 36k units. Not Bradbery’s best showing, but clear evidence she has developed a solid fan base.
Stay tuned…