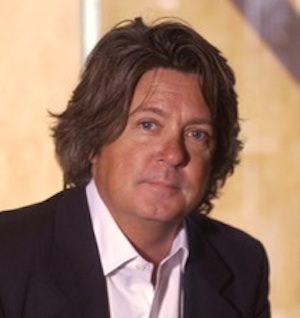 Patrick Clifford has been named Vice President of Music Publishing and A&R for Disney Music Publishing in Nashville, it was announced today (June 17) by Mio Vukovic, Disney Music Group’s Sr. VP of A&R and Creative. In his new post, Clifford is responsible for exploiting the company’s extensive catalog of existing songs, as well as providing creative direction, leadership and growth of the writer roster of Disney Music Publishing. He will also oversee A&R functions for Disney Music Group in Nashville.
Clifford was most recently vice president of A&R for Ten Ten Music Group in Nashville, a post he held since 2005. His career began with artists James Taylor and Cat Stevens at Nemperor Artists, and he discovered and recorded The Romantics at Nemperor Records. He later served in the A&R departments of major labels including Epic, A&M, Chrysalis and Capitol, working with the Miami Sound Machine, Blues Traveler and the Neville Brothers. Later, as a senior A&R executive with BMG he worked with scores of important artists, from Etta James to Ziggy Marley.
Said Vukovic, “Patrick’s stellar career speaks for itself. As an A&R man with companies like A&M Records, Capitol, BMG and Ten Ten Music Group, he led the charge, finding and developing great artists and songwriters. He’s going to be a tremendous asset for us, not only in Nashville but globally as well.”
Added Clifford, “I’d like to express my gratitude to all of my new colleagues at DMG for the warm embrace and encouragement. I look forward to working closely with them and with the local, national, and international creative community at large. I am fortunate to be part of this team in representing DMG in one of the most vibrant music locales on earth, Nashville, Tennessee.”
Reach Patrick Clifford at [email protected] and Ciara Gardner at [email protected] or by phone at 615-244-4900.