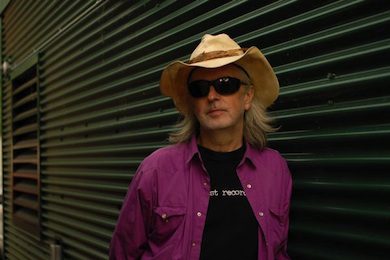 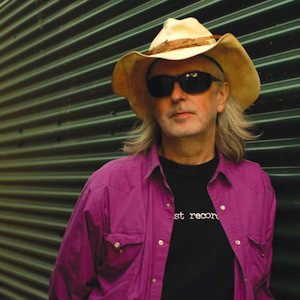 We’re going for gender equality this week. Here are five guys and five gals who help to make the current Americana scene so listenable. What do Emmylou Harris & Rodney Crowell, Bobby Bare, Bruce Robison & Kelly Willis, The Lumineers, Buddy Miller & Jim Lauderdale and Mumford & Sons have in common? Besides the fact that they sing some of my favorite current records, they’re all Americana acts.
Deserving to join them on my current playlist are Jeff Black, Martha Redbone, Caroline Herring, Kate Campbell, David Olney, our Disc of the Day performer Gurf Morlix and our DisCovery Award winner, Levi Lowrey.
R.J. JONES & THE NECTARTHUGS/Blink of an Eye
Writers: Robert John Jones; Producer: R.J. Jones & Jeff King; Publisher: Nectarthugs, BMI; Subverse
-Jones is a veteran country songsmith whose works have been recorded by Tammy Wynette, Barbara Mandrell, Reba McEntire, The Whites, The Kendalls (”Thank God for the Radio”), Jim & Jesse, George Jones, T.G. Sheppard, Loretta Lynn, Mel Tillis, Susan Raye (”It Didn’t Have to Be a Diamond”), Johnny Paycheck, Alan Jackson, David Frizzell, Buck Owens (”California Okie”), Freddy Hart, Jean Shepard, Vern Gosdin and more. Dreams That Rhyme is his debut album, and he sings his heart out on it. His light, folk-pop tenor voice is backed by stellar acoustic picking throughout. This touching ode about a life in music and the passing of time is just one of its many pleasures.
HARPETH RISING/Amends
Writers: Jordana Greenberg/Rebecca Reed-Lunn; Producer: Bil VornDick; Publisher: none listed; Grimm Rising
-If you fancy the sound of cello, violin and banjo twiddling away while three folk damsels warble, step right up.

JEFF BLACK/Avalon
Writers: Jeff Black; Producer: Jeff Black; Publisher: Lotus Nile, BMI; Lotus Nile
-This Nashvillian’s song craftsmanship has been described as “perfect,” and his works are, indeed, polished gems where not a word is wasted. His B-Sides and Confessions Volume Two CD presents 12 such creations. His accompanists include Sam Bush and Jerry Douglas. On this stirring, slowly-building track, Matraca Berg and Gretchen Peters provide vocal harmonies. Sample this or “Impala,” or “An Evil Lesson Is Soon Learned” or “Molly Rose” and I think you’ll agree that this man is a special, special talent.
MARTHA REDBONE/The Garden of Love
Writers: William Blake/Martha Redbone/John McEuen/Aaron Whitby; Producer: John McEuen and David Hoffner; Publisher: Rez Kitty/Whitful/Next Decade Entertainment/Video Wizards/Hoffman House, SESAC/BMI; Blackfeet
-Redbone is a soulful vocalist of Native American and African American heritage who grew up in Appalachia. Hence, her thoroughly unique musical style. Her Roots Project CD is an ambitious collection that sets the poetry of William Blake to acoustic mountain melodies sung in a gospel-inflected wail punctuated by war-whoop yelps. Prepare to be startled and captivated.
DAVID OLNEY/Go Down Dupree
Writers: David Olney; Producer: Jack Irwin; David Olney/Bug/Three Minute Movie, BMI; Deadbeet
-Robbery & Murder is the third Olney mini-album in a trilogy that also includes 2011’s Film Noir and 2012’s The Stone (All three are also packaged together as Body of Evidence). It kicks off with this righteous r&b stomper which features our hero shouting and growling over a red-hot track featuring blues harmonica, piano triplets and relentless rhythm. Guaranteed to wake you up quicker than a shot of espresso. If you’ve been a fan of this man as long as I have been, you don’t need me to tell you how gripping the rest of the tracks are (”My Family Owns This Town,” for one). Catch Olney’s weekly video postings on his website every Tuesday, each of which features one of his vivid songs, the story behind it and his various musings.
KRISTEN COTHRON/Tart
Writers: Elvis Costello; Producer: Ben Strano; Publisher: none listed; KC
-This Nashville singer/songwriter is now marketing her third collection. Show Me Where the Edge Is dominated by her jazz-pop originals, but also includes three covers of Elvis Costello tunes. This one, for instance, demonstrates how effectively her behind-the-beat phrasing can be in making a song completely her own. Admirable.
GURF MORLIX/Present Tense
Writers: Gurf Morlix; Producer: Gurf Morlix; Publisher: Crankbait/Bug, SESAC; Rootball
-This Austin-based songwriter and stellar producer is noted for his darkly humorous attitude. And he does not disappoint on his latest collection, Gurf Morlix Finds the Present Tense. Bleak, stark and practically creepy in sections, it’s exactly why we love him so. Highly recommended.
KATE CAMPBELL/1,000 Pound Machine
Writers: Kate Campbell/Will Kimbrough; Producer: Will Kimbrough; Publisher: Large River/Will Kimbrough/Blue Water, BMI; Large River
-The “machine” in question is a grand piano. Although Campbell customarily accompanies herself on guitar, the piano was her first instrument, and she returns to it on her current album. This CD title tune is a lilting voice-keyboard outing, but with ace guitarist Kimbrough producing, you can rest assured that other tracks on the collection resound with his notes as well as hers, not to mention such esteemed instrumentalists as David Hood, Spooner Oldham (the subject of the song “Spoonerville”), Dave Jacques, John Deaderick and Paul Griffith. As always, her exquisite songs reverberate with gospel and Southern folk tones. Particularly ear-perking are “Montgomery to Mobile,” which imagines Rosa Parks and George Wallace on a bus ride together, the prison song “Alabama Department of Corrections” with Emmylou Harris harmonies and the civil-rights infused “Wait for Another Day” and “Walk With Me.”
LEVI LOWREY/Hold On Tight
Writers: Levi Lowrey; Producer:Zac Brown, Matt Magano, Clay Cook & John Driskell Hopkins; Publisher: Southern Ground, BMI; Southern Ground
-Lowrey opens concerts for the Zac Brown Band and records for its Southern Ground imprint. The singer/songwriter’s CD I Confess I Was a Fool features this tender-hearted story of youngsters getting pregnant and vowing to share a life together. He sings in a soft, earnest, almost hushed tenor while acoustic instruments swirl around him like mountain mist. Enchanting.
CAROLINE HERRING/Camilla
Writers: Caroline Herring; Producer: Erick Jaskowiak; Publisher: Zelleria, ASCAP; Signature Sounds
-Folk fixture Herring came to Nashville to enlist Steven Sheehan, Fats Kaplan, Bryan Owings, Bryn Davies and Claire Holley for her musical backers on her current collection. The title tune is a Southern-flavored, bluesy, dark meditation on motherhood, crime and punishment. Her haunting delivery is matched, lick for lick, by the interwoven notes plucked by her sterling accompanists. 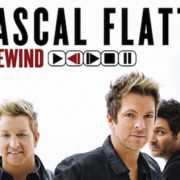 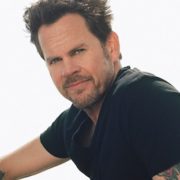 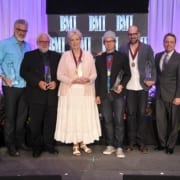 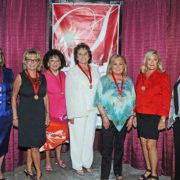 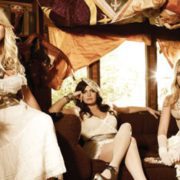