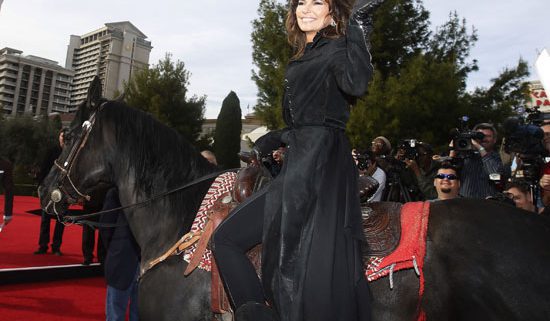 Shania Twain still knows how to make a big entrance, even by Las Vegas standards.

To mark her arrival in Vegas yesterday (11/14) for the upcoming debut of her Caesars Palace show Shania: Still the One, the international superstar rode on horseback–along with a controlled “stampede” of more than 40 horses–up to the fountains at Caesars. Traffic on a portion of the famed Las Vegas Strip was shut down while fans and Caesars executives welcomed Twain to her new musical home.

Performances of Shania: Still the One begin at The Colosseum at Caesars Palace on Dec. 1, with ticket prices ranging from $55-250 (plus fees). Show dates are included below, and tickets are available here. Shania: Still the One was developed by Twain, produced by AEG Live, and directed by Raj Kapoor.