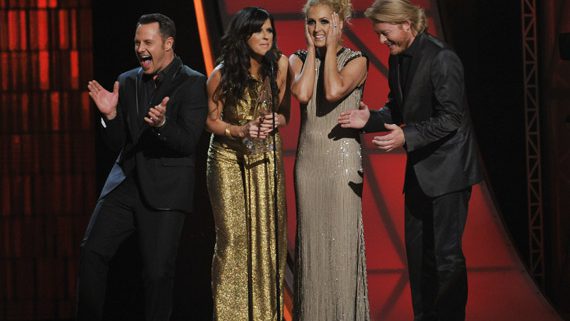 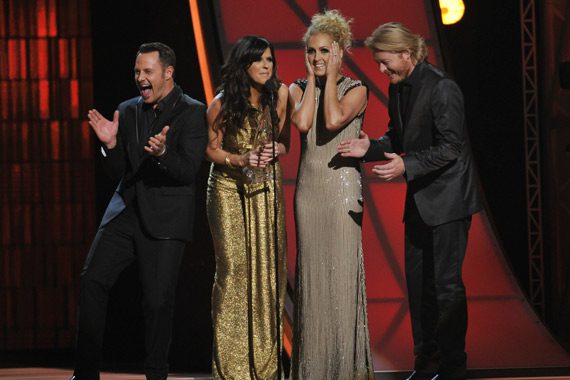 ABC swept the evening Thursday night (11/1) during the 46th Annual CMA Awards, according to preliminary data from Zap2It. The network beat out the runner up CBS by almost one million viewers with its most-watched non sports Thursday in over three years.

Ratings for the Awards fell this year in contrast to previous years, perhaps due in part to the ongoing impact of Hurricane Sandy on the East Coast. The show was also moved from its traditional Wednesday night slot to Thursday, where it competed against popular CBS shows The Big Bang Theory, Person of Interest, and Elementary (or NFL in the San Diego market). Nonetheless, Country Music’s Biggest Night peaked at 14.1 million viewers tuning in during the 9 pm hour and led the desirable 18-49 demographic with a 3.8 rating, a 2.5 year high. Overall, ABC averaged 13.6 million viewers for an 8.4 rating/13 share in prime time versus an average 12.6 million viewers for CBS. Third place Fox brought in about 6.2 million viewers.

The 46th Annual CMA Awards will be replayed on CMT later this month (11/23 at 9 pm ET/PT) with additional airings scheduled for the subsequent weekend (11/23-25).