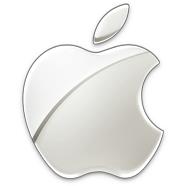 A federal jury in San Jose, California has sided with Apple in its patent infringement lawsuit against Samsung Electronics, and awarded the tech company over $1 billion in damages.

Following the three week trial, the verdict was delivered Friday (Aug. 24) and found Samsung guilty of infringing on Apple’s utility and design for some (but not all) products, including willful infringement on five or six patents. The jury also ruled against Samsung’s counter-claim that Apple had infringed on its patents. However, Samsung was cleared of charges of violating antitrust law and the damages are considerably less than the $2.5 billion originally sought by Apple.

The design patents and what they should cover have been a hotly debated topic since the trial began. The victory for Apple might be precedent-setting for companies with distinctive design cues. Despite the verdict, Samsung hasn’t conceded defeat, though many changes will be eminent.

“Today’s verdict should not be viewed as a win for Apple, but as a loss for the American consumer,” said a statement from Samsung. “It will lead to fewer choices, less innovation, and potentially higher prices. It is unfortunate that patent law can be manipulated to give one company a monopoly over rectangles with rounded corners, or technology that is being improved every day by Samsung and other companies. Consumers have the right to choices, and they know what they are buying when they purchase Samsung products. This is not the final word in this case or in battles being waged in courts and tribunals around the world, some of which have already rejected many of Apple’s claims. Samsung will continue to innovate and offer choices for the consumer.”

Some experts predict the win for Apple could signal a showdown between Apple and Google, whose Android operating system is now the leading smartphone platform worldwide. More immediately, Apple is attempting to have a ban placed on several Samsung products found to infringe, including the Galaxy S II and the Verizon Droid Charge. Samsung is trying to overturn a previous sales ban against its Galaxy Tab 10.1, which was found in this case not to infringe on Apple’s design.