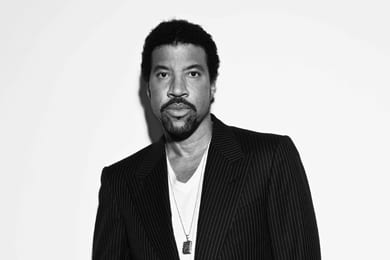 Lionel Richie and Friends will feature Richie performing duets with country artists including “My Love” with Chesney, “Sail On” with McGraw, “Lady” with Rogers, “Say You Say Me” with Aldean and more. Recordings of the duets appear on Richie’s  upcoming album Tuskegee, out March 26 via Mercury Nashville.

“It has been so rewarding to have my songs embraced by country music artists,” said Richie. “Since Conway Twitty recorded ‘Three Times a Lady’ and Kenny Rogers sang ‘Lady,’ I have been welcomed into the country music family with open arms. It’s the ultimate compliment to have country artists record and perform songs that I’ve written. I’ve always felt right at home in country because I was raised just down the road from Nashville in Tuskegee, Alabama, where I was immersed in country, R&B, gospel and classical music.”

Tickets are available through Ticketmaster for $100, $150, and $200. Proceeds from ticket sales will benefit ACM Lifting Lives, which works to improve lives through music. The show is produced for television by dick clark productions.