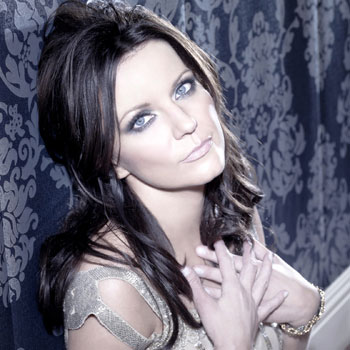 There are plenty of songs that make us feel something, but occasionally one rises above the rest to become a rallying cry. Martina McBride’s “I’m Gonna Love You Through It” is one of those songs.

The song (written by Ben Hayslip, Sonya Isaacs, and Jimmy Yeary) is now occupying the CountryBreakout No. 1 spot after a 30-plus week climb, which speaks to its durability in the marketplace. McBride tackles the always-tough subject of breast cancer, telling the story of a woman whose husband and family is there to support her every step of the way, from diagnosis to surgery and then recovery. Cancer patients and survivors adopted the anthem as their own, and McBride even took a cross-country Amtrak tour to raise awareness for breast cancer while promoting the release of her Republic Nashville debut Eleven.

“I’m Gonna Love You Through It” also garnered industry accolades, including a Grammy nomination for Best Solo Country Performance. McBride is also currently nominated for Female Vocalist of the Year at the 47th Annual Academy of Country Music Awards on April 1.