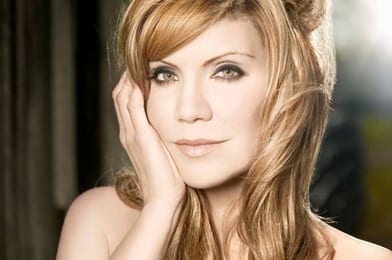 Berklee College of Music President, Roger Brown will present Alison Krauss, the Eagles, and Mulatu Astatke with honorary doctor of music degrees at the May 12, 2012 commencement ceremony at Boston University’s Agganis Arena.

Honorary doctorate recipients are recognized for achievements and influence in music, and for their enduring contributions to American and international culture.

Krauss seamlessly bridges the country, rock, and pop genres. Since signing with Rounder Records at the age of 14, Krauss has sold over 12 million albums and won 27 Grammy Awards, the most for any female and the second most of any recording artist in Grammy history.

Eagles, with members Don Henley, Glen Frey, Joe Walsh, and Timothy Schmit, have garnered 29 million sales of their Greatest Hits 1971-1975, making it the best-selling album of all time.

Astatke is an Ethiopian musician (piano, organ, vibraphone, percussion), composer, and arranger. He is known as the father of Ethio-jazz, a unique blend of pop, modern jazz, traditional Ethiopian music, Latin rhythms, Caribbean reggae, and Afro-funk.

As tradition would have it, Berklee students will pay tribute in a private ceremony for the honorees by performing music associated with their careers. The ceremony will take place commencement eve at the 7,000-seat Agganis.