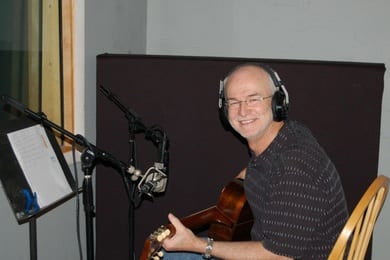 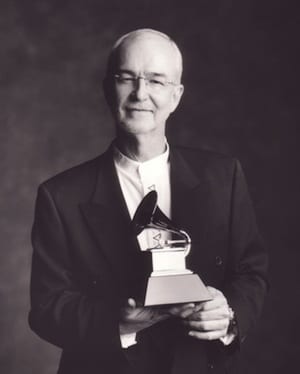 Carl Jackson’s extraordinary career began in the mid 1960’s, when his father took him backstage to meet and play for Jim & Jesse McReynolds, at a show near his hometown of Louisville, Mississippi. That meeting resulted in Carl landing his first professional gig with the bluegrass greats, at 14 years of age. That same year, Carl found himself playing on the stage of the Grand Ole Opry. In 1972, after a brief stint with The Sullivan Family and The Country Store (a group Carl formed with his dear friend, the late Keith Whitley), Glen Campbell hired Carl and for the next twelve years introduced him around the globe as “the greatest banjo player in the world.”

“Glen came to town to play the Ohio state fair, and being huge fans of his, Keith and I went out to see the show,” recalls Jackson. “Afterwards we ran into Glen’s banjo player, Larry McNeely, who persuaded me to come by the next day for a jam session. After picking for a while, Larry suddenly told me he had been looking for someone to take his place with Glen, because he was tired of traveling and that I was the guy. Larry took me to meet and play for Glen and he hired me on the spot.”

During his years with Glen, Carl concentrated heavily on his vocal and songwriting abilities as well as his musicianship. When it was time to leave Glen’s show and strike out on his own, there were more great things in store for Carl. 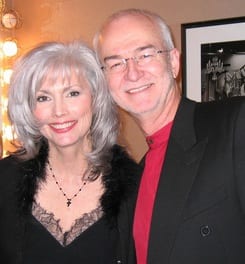 He went on to record two albums for Capitol Records (Carl Jackson: Banjo Player and Old Friends), three for Sugar Hill (Banjo Man: A Tribute To Earl Scruggs, Song Of The South, and Banjo Hits), and his 1984 signing with Columbia Records produced the top 40 country songs, “She’s Gone, Gone, Gone” and “Dixie Train.”

Hundreds of Jackson’s songs have been recorded, with sales in excess of 40 million, by such artists as Vince Gill (“No Future In The Past”), Glen Campbell (“Letter to Home”), Wild Rose (“Breaking New Ground”), Pam Tillis (“Put Yourself In My Place”), Trisha Yearwood (“Lonesome Dove”), Garth Brooks (“Against The Grain”), Diamond Rio (“Close To The Edge”), Patty Loveless (“You Don’t Know How Lucky You Are”), Steve Wariner (“The Same Mistake Again”), and Brad Paisley (“Huck Finn Blues”). He also penned theme songs for the California Angels and the Ole Miss Rebels.

Jackson has won numerous awards including Grammys, five IBMA Awards, three SPBGMA Awards, three ASCAP Awards, a Dove Award, and an International TV Programming Award. He’s a member of the Mississippi Musicians Hall of Fame and SPBGMA Preservation Hall of Greats. He will be honored Feb. 16 with a Mississippi Governor’s Award for Excellence in Music.

Jackson’s rich body of production credits currently includes bluegrass and country award winners Joey + Rory, Bradley Walker, and Alecia Nugent. One of his finest production successes is the star-packed tribute album Livin,’ Lovin,’ Losin’—Songs Of The Louvin Brothers, which won the 2003 Grammy for Country Album of the Year. He worked on Merle Haggard’s The Bluegrass Sessions and joins Alison Krauss on the album’s “Hungry Eyes.” He also sings on Paisley’s recent hit “This Is Country Music.”

Producer’s Chair: Who is your most cherished mentor?
Carl Jackson: That would easily be my Dad. There is also Bud Rose, from east Tennessee, who gave me two or three banjo lessons. If you’re talking about a star, I’d have to say Glen Campbell, as well as Emmylou. Glen was an incredible mentor and taught me so much about singing and performing, along with a few things not to do. My songwriting mentor would have to be Jim Rushing. 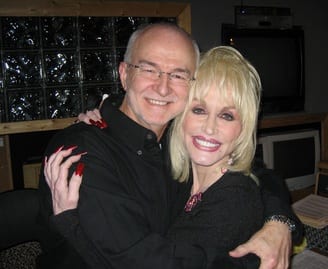 Do you currently have a publisher?
No, I’m self-published. I don’t even have a plugger right now. That side of the business is so time consuming, you know, always dealing with whatever the latest excuses are for not cutting a song.

What is your involvement with the IBMA and what challenges does the organization face?
I’m on the IBMA Board of Directors, a member of the Executive Committee and I also serve as the IBMA Fan Fest producer. We have the same issues as other organizations. We’re bleeding money. We need more members. We need to make it bigger by making more people aware of what a great genre bluegrass music is.

What do you look for when deciding which artists to produce?
First of all the artist has to meet my qualifications. I look for good singers with the ability to recognize a good song. I also want to see their willingness to stand up for what they believe in. I ask them up front, “If there’s a song that somebody pushes at you—and even if you believe that it is a hit—but you hate the song, do you have the courage to say no? Because I have the courage to stand with you.”

How do you guide artists through the song selection process?
Bottom line, if they don’t want to record it, I’m not going to try to make them. Those artists who have great talent and stand firm in their convictions usually wind up being the Alison Krausses of the world, and gain respect across all genres. There are plenty of people who are going to like what you like, if it’s good. Too often in this town it seems we’re trying to get everybody to be a fan of the same thing.

Let’s discuss the current popularity of bluegrass.
I actually think it’s always been quite popular, but maybe hasn’t received the recognition and credit it deserves. When you listen to a country record and realize it’s Stuart Duncan or Aubrey Haynie on fiddle; the Dobro player is Rob Ickes, Randy Kohrs, or Jerry Douglas; or it’s covered with beautiful bluegrass harmonies, you realize just how much influence bluegrass musicians have even in today’s country. The best musicians in the world are bluegrass musicians. They can play anything. Just ask any producer in country who they want on acoustic guitar, it will be Bryan Sutton, he’s the best.

When you produce a multi-artist project, do you produce every track?
Yes, absolutely. For example, on the Louvin Brothers project, I refused to let anyone else do it and Universal South label execs Tony Brown and Tim Dubois stood behind me on that decision—actually applauded me for it. I’ve always been so grateful to them for their confidence in me. On the Mark Twain project I went in with full creative control. 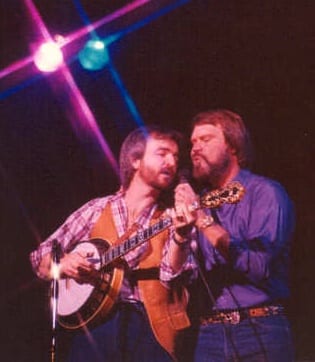 What is the biggest surprise of your career?
So many things in my career have been surprises, like getting with Glen Campbell for the first time. There are three or four pages in my high school yearbook where classmates wrote, “See you on Glen Campbell some day.” When it happened, it was like it was supposed to happen. Like winning the Grammys, it was a big surprise but it also felt as if it was meant to be. I can only explain it by saying God has been very good to me. I dreamed about working for Glen Campbell and all of a sudden, there it was.

Is there anything about the Nashville music industry that disappoints you?
I am very happy for people who do well, but I’m disappointed to see Country music almost wiped off the screen for pop music. Country has become another kind of music. You can call it country, and we can even call a lot of it good, but at some point, it’s just not country. Ray Price, Haggard, Glen Campbell, and countless other great country artists wouldn’t stand a chance these days. That is a crime. If we can agree that Merle is country, can’t we safely say that Rascal Flatts is not country? That’s not saying they aren’t good, but should we call it country? Maybe I’m just completely confused and Beethoven was actually composing bluegrass breakdowns? I think I hear a difference though. Sometimes if you don’t look down the road at what you’re doing and instead you look short-term, you wind up in a mess.

Have you ever been asked to run a label?
Merv Griffin wanted to start a label here in town before he passed away and I was the guy he was talking to. Merv was willing to give me total creative control. Funny story…my friend Frank Liddell, was having lunch in LA and wound up meeting Merv. When Frank was introduced as a producer and publisher from Nashville, Merv said “Frank, I’m so glad to meet you, do you know my good friend Carl Jackson?” Frank laughed, he was expecting, “Do you know Tim McGraw or Garth Brooks?” 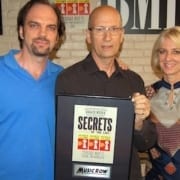 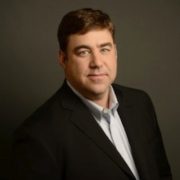 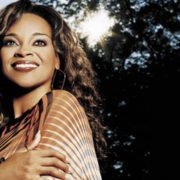 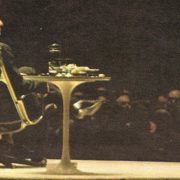