The set featured three video screens, a long ramp out into the crowd, and an oval, raised in the back with an "inner circle" crowd area. Backstage
“Coming up out of the lift at the start of the show, is my favorite part,” said Lady A’s Charles Kelley during an exclusive MusicRow interview with the trio before their Nashville show. “The energy is so outrageous, so addictive. I always take out one of my ear monitors to hear the crowd.”

During my last meeting with Hillary Scott, Charles Kelley and Dave Haywood about eight months ago, there were a lot of career questions on their minds. A new album was queued up for launch, they were focused on conceiving their first headline tour, and basking in the glow from recent multiple Grammy wins, but quietly wondering if there would be more.

No matter what yardstick you use, things have measured up smartly. The first two singles from Own The Night went No. 1 (“Just A Kiss” “We Owned The Night”), the new album is Platinum+, just won a Grammy and the International tour has already enjoyed nine consecutive sold out dates. “Yeah, we have to stop worrying so much,” laughed Charles when I remarked that the fans had answered all three questions in glowing terms.

“We feel blessed to have had so many dreams come true,” Hillary reflected. “But being able to fill an arena takes the cake in a lot of ways. It’s happened so fast. People ask us in interviews, ‘When is the moment where you feel like you’ve made it?’ For me, this is it.”

“Yes, we were working through all this stuff in the Fall,” Dave added. “But now we’ve hit a stride. I never thought we’d be able to fill those entire arenas with 10-14,000 people. Onstage is a different energy as opposed to the studio. It’s unlike anything we’ve ever felt before including Award show performances, etc. When people spend their hard-earned money to come out and are singing along it makes us feel so fortunate.”

The enticing aroma of steaks sizzling on a grill suddenly entered our space. Everyone kind of noticed it at once. “Yeah, it’s the same catering service that Martina McBride used when we were on our very first tour,” Dave said proudly. “Ever since then we knew we had to get them.” Haywood, standing on a piano, leans into his Telecaster on "Just A Kiss."

“So what would you tell other Nashville artists, that aren’t yet headlining, about this experience?” I asked.

“Try to soak up the whole journey,” offered Charles. “There’s times I miss having one of those ‘can’t wait till it happens’ moments. Because after it does happen, it’s bittersweet. There is something about the innocence of being new and starting to hit those milestones. There were times when we were so involved we didn’t realize what an amazing journey we were going through.”

“And document,” said Hillary. “We’ve done that from the very beginning. It ends up being this beautiful video diary you might like to look back on and show your kids someday. It doesn’t matter what speed your career is at, you don’t process it fully while it is happening.”

While Lady A’s career has been moving in high gear, so has the changes in their personal lives. Hillary Scott was recently married and Dave Haywood is now engaged. “We’ve actually been going through this for several years,” says Dave. “Charles has been married a while and Hillary and Chris were dating all last year. We all put our personal lives first.”

“Our definition of putting our personal lives first looks a lot different than someone who has a normal 9-5 where they drive home and sleep in their own bed every night,” smiles Hillary, whose new husband Chris is currently playing drums on the tour. “But we’re thankful that at this time in our career we have the means to make it comfortable for everyone. When Charles and Cassie got married a few years ago we were all in one bus—12 of us—and she would have to fly in and out of cities because there was no room.”

The Show
Suddenly it was showtime. The three video screens showed each Lady A member primping and doing last minute “get-readys” in their dressing rooms. Moments before the lights dimmed and the videos began, they pumped the crowd with a “Shake It 2 Make It” dance teaser offering 2 tickets to the inner circle for the best dancers. The crowd rose to the occasion as the hot dance tracks played and video cameras put the action up on the screens.

But now it was all about the trio, their fans and specially invited radio programmers who were in town for the Country Radio Seminar. As Charles had predicted, the roar of the crowd was loud as the band rose up through center stage and launched into, “We Owned The Night.”

The show included a healthy offering of new songs and previous favorites. It’s incredible to realize the number of hits this band has amassed in the relatively short time they have been together. The night’s biggest challenge was the venue itself, the Municipal Auditorium. Its large round dome shape makes contouring the sound an engineer’s nightmare.

A special highlight was the stripped down acoustic interlude where the band members and musicians walked out the long ramp into the crowd and played around a mic. It was also a moment when Lady A invited supporting acts Darius Rucker and Thompson Square to jam. But there were more surprises to come. Luke Bryan pleased an excited crowd by singing “Do I.” (Hillary sang on Bryan’s record; Charles and Dave were co-writers on the song). Next, Sara Evans made a surprise appearance to sing “Stronger,” which Hillary Scott co-wrote.

The show moved back onto the main stage and gained momentum. Later, when the crowd called them out for a final encore, Lady A performed its signature song, “Need You Now.”

What makes this trio musically indelible? Well, certainly it is the instantly recognizable vocal blend of Charles and Hillary. Yes, it’s also the material they sing, much of which they write together. And yes, Dave Haywood’s musical contributions add depth and character. But maybe, above all else, it is the sensitive way the trio carries itself onstage, like three strands woven into a single tapestry. They care about each other and their fans. And it shows—all night long. 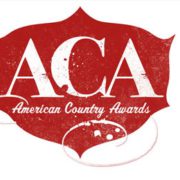 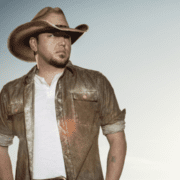