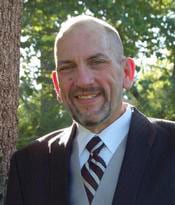 MusicRow sends its condolences to family and friends of KREK/Bristow, OK MD Dusty Edwards, who passed away Friday (Feb. 24) in Tulsa. He was 49.

Known as Ron Schmidt to his family and friends, Edwards was born in Fort Cobb, Oklahoma and went on to serve in the United States Air Force after finishing high school. He joined KREK in 1992, where he worked for 20 years, including time as MD and on-air talent. Basketball was also a passion of his, and he served as the voice for Bristow Pirate basketball games.

Edwards had been diagnosed with Non-Hodgkins Lymphoma in early February, and began chemotherapy treatment. Last week, he suffered a heart attack that left him in a coma. After a period with no change, he was taken off life support and passed away shortly after. He had taken leave from KREK in December 2011 prior to his diagnosis.

He is survived by his father Ronald Sr., mother Gladys, brother Donald (aka “Shorty”), sister Gidget, daughter Tascha, granddaughter Makayla, and two nieces and a nephew. His first grandson is also on the way. He was preceded in death by his brother David.

Funeral services have been scheduled for Thursday, March 1, at 11 am at the Freeland Center in Bristow, with interment to follow at Tecumseh Cemetery in Tecumseh, Oklahoma.

In lieu of flowers, the family has asked memorial contributions be made to assist with medical bills, through a fund set up in his name. Contributions can be sent to Dusty Edwards Benefit Fund, c/o Community Bank, PO Box 1010, Bristow, OK 74010.