Clay Walker, Ira Dean, Josh Turner and Shooter Jennings are the men of the hour.

The Disc of the Day belongs to Josh Turner, but don’t count those other guys out, by any means. All three are playing at the top of their game this week.

And there’s a challenger waiting in the wings. If some major picks up “Ghost” by Tim Culpepper, watch the fur fly. Not since Joe Nichols and Chris Young have I heard a new country vocalist so thoroughly in command of his instrument.

Here’s what I know about him so far. He’s from Montgomery, AL, where his father was/is a country singer in area clubs. He was discovered on Lower Broadway. I looked at his video online. Tim isn’t a clone. He has his own look with long sideburns, blue eyes, a handlebar mustache and an athlete’s physique. Also: the clip includes line-dancing zombies.

”Ghost” is Tim Culpepper’s debut single, and based on it, I can’t WAIT to hear the rest of his CD. Send one, and sign me up for the fan club. Needless to say, he is this week’s DisCovery Award winner.

IRA DEAN/Somethin’ ‘Bout a Sunday
Writer: Ira Dean/Josh Thompson; Producer: Ira Dean; Publisher: Sony-ATV Tree/Hillbilly Rich, BMI; Average Joes (CDX) (www.averagejoesent.com)
—He wakes up cigarette-stained, hung over, bone tired and ashamed of himself. But somewhere inside is an ember of wanting to change and start over. The powerfully written lyric is as real as dirt, and the melody is uplifting and inspiring. This deserves massive airplay.

SHOOTER JENNINGS/The Deed and the Dollar
Writer: Shooter Jennings; Producer: Shooter Jennings ; Publisher: Wolf’s Tale, ASCAP; Black Country Rock (CDX) (615-861-4232)
—He can still just barely sing, but there is nevertheless something utterly appealing about this love ode with a steady beat. Play it.

CLAY WALKER/Like We Never Said Goodbye
Writer: Tiffany Goss/Cory Batten; Producer: Keith Stegall; Publisher: Curb Congregation/I Want to Hold Your Songs/Words & Music, SESAC/BMI; Curb (track)
—He runs into his ex unexpectedly, and they tumble head over heels all over again. The song is somewhat word-y, but the production is sterling, and Walker’s vocal performance is super believable.

TIM CULPEPPER /Ghost
Writer: Elbert/M. Baker/G. Jarrell/K. Jarrell; Producer: Elbert West; Publisher: none listed; Honkytone (615-452-9844)
—I dig this. He is a hardcore honky-tonk vocalist with cool dips, slides and moans that recall such masters as Gosdin and Whitley. The song is a rumbling barroom lament about a man haunted by a past love. Play this over and over again, you’ll get no complaints from me. 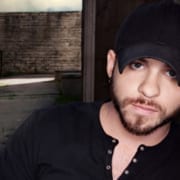 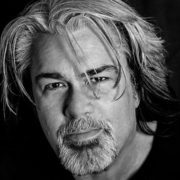