Since forming in 1998, Jason Boland & the Stragglers have built a steady musical career around touring and releasing a series of studio albums and live recordings. The group’s sixth album Rancho Alto (Thirty Tigers/APEX Nashville) bowed in October 2011 and aims to welcome some new fans to Boland’s world.

“The mission’s always been to take it as far as we can without having to compromise what we set out to do, which was make something we’re proud of, live free doing it, and make it under our rules,” says Boland, who stopped by MusicRow’s offices the day before he and the Stragglers played Nashville’s Exit/In earlier in November.

Boland and the Stragglers have long been a fixture in the Texas/Oklahoma Red Dirt country scene, and one of the goals for Rancho Alto’s release was to expand on his audience without having to resort to gimmickry. His label tapped Thirty Tigers for marketing, social media, and distribution to hopefully attract fans of Americana music, many of whom still carry a torch for the band’s classic country sound.

“That’s one of the big imperatives on this record, to grow Jason’s career outside of the more regional base he’s had,” says Thirty Tigers President David Macias. “Over here we feel like he’s Merle Haggard. A lot of the choices that were made on this album were to connect fans who care about country music and Gram Parsons, like Jason does, with his music. A lot of those fans are just starting to find out about him.”

It’s early yet, but the strategy appears to be working. Rancho Alto debuted inside Billboard’s Top 200 all-genre albums chart its opening week, and still continues to receive airplay on the Americana Music Association’s radio chart. Country stations who play Texas music pushed the single “Mary Ellen’s Greenhouse” to No. 1 on the Texas Music Chart. The band also has a full dance card (save for a few days around Christmas) of tour dates through the year’s end and beyond.

And as the Exit/In stop showed, the band’s live show does not disappoint. Boland and The Stragglers (Brad Rice, Roger Ray, Grant Tracy, plus fiddler Randy Crouch) ably shift gears between honky-tonk shuffles, classic weepy waltzes, and muscular rock’n’roll, as audience members pump their fists and sing along. The set includes plenty of older songs like “Ponies” and the title track from 2001‘s Pearl Snaps, mixed with newer tracks like the wistful road song “Comal County Blue” and Rancho Alto’s “False Accuser’s Lament.” There’s also a cover of the Don Williams smash “Tulsa Time,” which was included on the 2010 live album High In the Rockies.

There’s a strategy to be learned from Boland and his compatriots in the Texas/Oklahoma Red Dirt country scene about grassroots fan engagement. You probably aren’t going to be hearing many of its practitioners on mainstream country radio anytime soon and yet that hasn’t deterred enthusiastic fans from coming out to shows and buying records.

Access is certainly a component of their success. Playing a new city means the potential to make new fans, and Boland’s band plays 200-plus dates any given year, from Texas and Oklahama and points beyond.

“You might be bouncing back and forth to the places you’re in demand, like the I-35 corridor,” explains Boland. “When we started going to the coast it was a hit. We’d go home and start saving money so we could go play Seattle down to San Diego, come home through Arizona, and start over trying to make payroll for the next month.”

Another part of the appeal likely also has to do with the uncompromising attitude of the scene’s artists—people who just want to play music that speaks some kind of truth. It’s reminiscent of the outlaw stance made by Willie Nelson and Merle Haggard, but guys like Boland wear the clothes well.

“To even try to compromise musically something you didn’t want, to get on the radio; that isn’t a slippery slope. It’s a ledge you drop off,” adds Boland.

After all, his band has been working independently of the major label system in Nashville for some time. Perhaps unsurprisingly, Boland sometimes finds himself at odds with Music City’s pop music flirtation and occasional sacrifice of substance for sales. Especially because Nashville is supposed to be the holy grail for any country singer.

“You always felt Nashville would come and find you, but not in the terms that everybody was afraid of,” says Boland. “You still felt hope that there was something that was going to teach you. A lot of us are finding out the teacher is the road, and just going back in the studio.” Which brings us back to Rancho Alto. Produced by Lloyd Maines (who also produced Boland’s Comal County Blue), it’s steeped in the sound of classic country but more than mere throwback. It’s gritty and raw in an enjoyable way, but it wouldn’t sound completely out of place next to Jamey Johnson or George Strait in an iTunes playlist. The songs are thought-provoking, like the loose-limbed, funky “Pushing Luck,” about a farmer who unrepentantly resorts to illegal means to put food on the table. Or “Farmer’s Luck,” a seven-and-a-half minute exploration of the casualties of eminent domain in the name of “progress.” Not your typical life-is-swell country radio fare, to be sure. But Boland has faith in listeners’ ability to dig a little deeper.

“You hit a point where you realize you want to be part of an awakening rather than a distraction,” he reasons. “We still have fun songs, we always have, but that’s not all there is. When I grew up and listened to the people who inspired me, they were talking about things. Somehow they weren’t preachy about it. They didn’t beat you over the head. It was in the song.”

And Nashville, being a songwriting town, ought to appreciate that. Boland stresses that the city is still the critical point of connection for country music, but encourages artists to reflect on what they hope to achieve before signing the dotted line. Because after 13 years of doing it his way, he’s still bringing fans out to shows and recording the albums he wants to make.

“This is the hub where all the train tracks are,” he says. “Which train you get on is still your choice.” 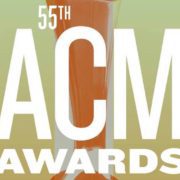