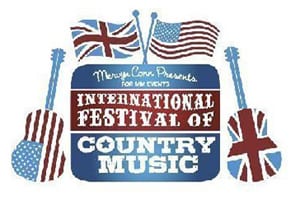 In a rare UK appearance, international country superstar Reba McEntire will headline the all day festival. Having last performed in the UK 12 years ago, the Wembley appearance will give British fans a rare opportunity to enjoy a true legend, live on the London stage.

Reba will be joined by fourteen-time Grammy Award winner Ricky Skaggs, a country trailblazer who struck his first chords on a mandolin over 52 years ago.

Joining the headliners will be critically acclaimed quartet Little Big Town, who are also making their international debut at this event. Little Big Town have sold over 1.5 million records and garnered four Grammy nominations over the past twelve years.

In addition to the four headliners, the festival will host an impressive array of supporting acts including; country and rockabilly legend, Narvel Felts, the “King of Cajun” Jo-El Sonnier and Texas-born George Ducas. More acts are to be announced shortly.

The International Festival of Country Music ran for 23 years from 1969 to 1991 at Wembley Arena.  The shows, promoted by the legendary Mervyn Conn, were the first to introduce country music to the British public and featured a host of (now) legendary artists including; Dolly Parton, Johnny Cash, Willie Nelson, Tammy Wynette, Jerry Lee Lewis, Crystal Gayle and many more.

“I’m bringing the International Festival of Country Music back after over twenty years due to popular demand,” says International Festival of Country Music founder and CEO of MM Events Ltd., Mervyn Conn. “The regard for Country Music has grown significantly in the UK since the first year I promoted this event and I believe that now is the time to reintroduce this once hugely popular event to converted fans of country music and to a new and emerging group of country music lovers. I have also brought back Trisha Walker-(Cunningham) who worked with me for 10 years in the early days and is my company President in the USA.”

Reba McEntire comments; “My band, crew and I are really looking forward to going back to Europe to play our music.  The last time we performed there was in 1999!  We have been very busy for the last 10 years doing the REBA TV show and concerts in North America. Now, we are so excited to be able to travel abroad and do both our new and old songs for our European audience, who has always been so good to us.”

After the Wembley date, the festival will travel to Belfast, Zurich and Germany.

Wembley Tickets will go on sale from Monday October 10th, 2011