BMI and ASCAP teamed up yesterday afternoon (9/26) at CMA’s headquarters to honor the songwriting team behind Valory Music Co. artist Justin Moore’s No. 1 “If Heaven Wasn’t So Far Away.” Written by Dallas Davidson, Rob Hatch, and Brett Jones, the song was originally given to Moore’s producer Jeremy Stover over five years ago. As they finished recording Moore’s second album Outlaws Like Me, Stover recommended that “If Heaven Wasn’t So Far Away” be the first single and the rest is fairly recent history. 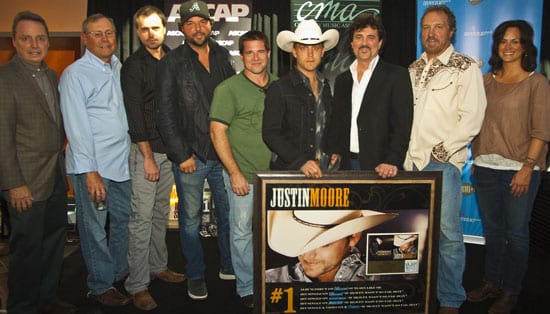