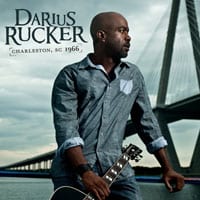 Is fall almost here already? Darius Rucker is quite prepared for the change, because he just unveiled his first headlining U.S. tour as a solo artist. Fresh from the European leg of Brad Paisley’s H2O II: Wetter and Wilder Tour, Rucker’s fall trek will start October 6 in Glens Falls, NY with guests Rodney Atkins and Frankie Ballard. Currently the latest date announced is November 12 in Charleston, SC (with Thompson Square and Justin Moore supporting), but more dates are expected soon. “I haven’t headlined a tour since Hootie, so to say I’m excited is an understatement,” says Rucker. “It has been such an incredible experience to tour with Paisley and Rascal Flatts, and I’ve learned a lot being on the road with them. With this tour, I’m just excited to perform again for our fans, and I’m thrilled to have Rodney, Frankie, Justin, and Thompson Square joining us.” 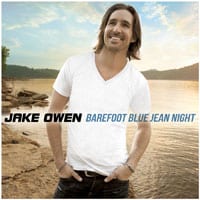 Kudos to the gang at Sony Music Nashville and RCA Records for a successful launch this week of Jake Owen’s third studio album Barefoot Blue Jean Night. As of yesterday (9/1), it held the No. 1 position on iTunes’ country albums chart, and digital downloads of the title track total over 850,000. Owen even sent out a tweet yesterday to solicit some fan feedback: “Ok…First 10 peeps to respond that bought my record, I’ll follow you. You can send me your phone #. I wanna call you and see what songs u dig.” Last night, GAC aired a special called “Jake On The Lake” that gave an in depth look at Owen’s new album, as well as intimate performances, and some wake-boarding action from the man himself. Next Tuesday (9/6), Owen and The Band Perry will announce final nominees in five CMA Awards categories live on Good Morning America. 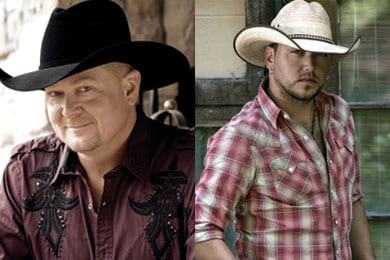 Weekend Notes: College football starts this weekend, and country stars will feature in at least two network promotional campaigns. Tracy Lawrence’s song “Saturday In The South” has been picked for FOX Sports and SportSouth college football campaigns through the season, and Jason Aldean’s “My Kinda Party” will be featured in telecasts of 2011 ACC college football games on the ACC Network. • The 2011 MDA Telethon takes place Sunday, September 4 and runs 6 pm – Midnight in every time zone on over 150 television stations. Numerous country artists and Nashville notables are set to participate, including Martina McBride, Lady Antebellum, Darius Rucker, Billy Ray Cyrus, and Tommy Emmanuel. Additional guests include Celine Dion, Boyz II Men, Reggie Bush, Whoopi Goldberg and many more. The event can also be streamed online at mda.org. Proceeds benefit research for muscular dystrophy, ALS, and related diseases.

Willie Nelson has covered Coldplay’s song “The Scientist” as part of a campaign for burrito chain king Chipotle. While the matchup might seem strange, both Nelson and Chipotle are avowed proponents of sustainable agriculture and a portion of the song’s purchases on iTunes will benefit the Chipotle Cultivate Foundation. There is an accompanying animated video (see below) titled “Back To The Start,” where a farmer  changes his business from an industrial farm to a sustainable, organic one.