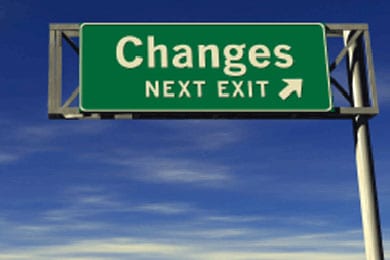 Put your ear to the music industry railroad tracks and you’ll likely hear a faint rumbling headed toward Nashville—don’t recognize it? It’s the sound of change.
Warner Music’s recent purchase by Len Blavatnik’s Access Industries seemingly brought little or no change to Music City, but the upcoming sale of EMI—both publishing and records— is likely to generate a substantial restructuring along Music City streets during 2012.
Deal Points
According to the Financial Times (8/2) expectations are that EMI, a British company, will fetch between $3-$4 billion, possibly higher than the $3.3 billion that Warners recently commanded. Key to the bidding is the disposition of EMI’s publishing and record music divisions. Do they go as a unit? Or do they get split up? Reports are that bids have been received under both scenarios and bidders include Sony, Universal, Warner Music and BMG’s publishing venture.
Sony and BMG are likely focused on EMI’s substantial publishing assets. Warner Music could reap cost benefits by adding the EMI label asset and funneling it through Warner distribution, thereby eliminating the EMI distribution and hundreds of millions of dollars in overhead. According to the Financial Times, market leaders Universal and Sony would face tough regulatory winds were they to attempt to acquire the EMI record label.
More recent updates, (8/11) note that the global financial crisis is making credit harder to obtain which could ultimately lower EMI’s final take. “It’s likely that the weakness in the financial markets could have an impact on the price,” Singer Capital Markets media analyst Jonathan Barrett told the Financial Times. “If EMI was a small business, there wouldn’t be an issue here, but it isn’t and so it will affect what people are willing to pay. Buyers may just decide to walk away—or, if they do bid, there’s a good chance that there will be some very conservative bids. If this happens there’s a real chance that Citi will put the transaction on ice. The same thing has already happened in a number of other sectors.”
Nashville Skyline
Recent speculation in HitsDailyDouble.com posits, “All three majors believe they can absorb recorded music. As for publishing, the sheer size of UMG’s pubco precludes the company from making a deal for EMI Music Publishing, with its 1.3 million-song catalog, while Sony Corp.-owned Sony/ATV appears to be in a good position to add EMI’s publishing assets… However, HDD also notes, “Vegas lists Warner as the 8-5 favorite to come out on top.” Viewed from a macro perspective, it seems highly likely that when the unpredictable  sales dust settles, Nashville will be left with one less major label and one less major publisher.
Regardless of which company chairs remain when the music stops playing, this round of musical chairs will effect artists, label heads, staffers, publishers and songwriters. And one can’t help but wonder what domino effects might ensue as sale-created “free agents” get absorbed back into the music economy.
So yes, it’s too to early handicap all the possible scenarios, but bet on change, that’s a sure thing. 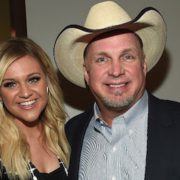