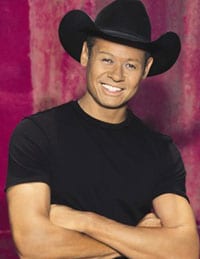 Neal McCoy has returned to the studio to record his 12th album, appropriately titled XII, for Blaster Records. Country newlyweds Blake Shelton and Miranda Lambert have been tapped, along with Brent Rowan, to handle production on the project due in January 2012.

“Having Miranda and Blake involved in this project is huge for me. Not only do they have great vision, but they know when to have fun and when to get serious along with being fantastic musicians,” says McCoy.

The first single from XII, “A-OK,” was penned by Barry Dean, Luke Laird and Brett Eldredge and is due for an October release.

The news was revealed by Lambert and Shelton on YouTube over the weekend. See the video here.