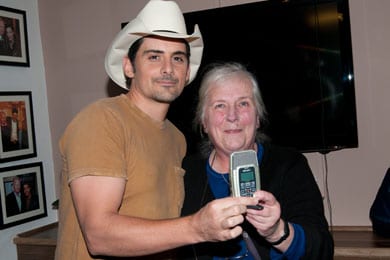 RTE broadcaster Sandy Harsch recently received good and bad news when Brad Paisley revealed to her that she had been named CMA International Broadcaster of the Year.
The good news, of course, was the honor of being selected. The bad news was that the actual award was held up in customs and didn’t make it to the presentation backstage at Paisley’s show at the Olympia Theatre in Dublin, Ireland.
“I never could figure out why people cried when they won awards, but now I know,” Harsch said. “The CMA International Broadcaster Award is certainly the biggest thing that has ever happened to me, other than having my two children. And – does anyone really deserve getting an award for doing something they absolutely love?”
Harsch moved to Ireland from the US in 1960, working as a freelance photo journalist and then as chief photographer, reviewer and interviewer for Hot Press magazine. She started in radio at RTE as a guest critic on “Outside Track,” before moving on to Century Radio in 1989. She rejoined RTE in 1996, and has been presenting “Country Time” ever since. Harsch also serves as editor for Lonesome Highway magazine.
“Country Music has been a huge part of my life since I was a kid,” she said. “I have been sharing this passion on air for 22 years and I am totally honored that the CMA thinks I am doing a good job. Country is a wonderful part of my life and it is knockout to be given an award. Thank you so, so much.” 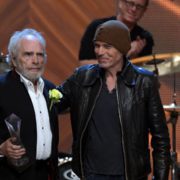 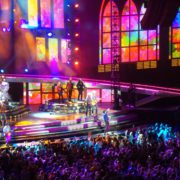 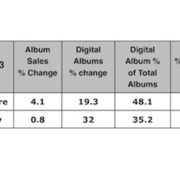 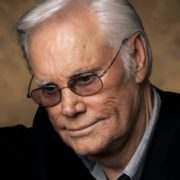