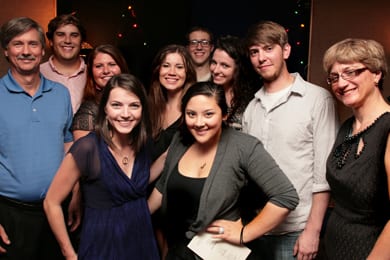 Earlier this summer Belmont University’s Mike Curb College of Entertainment & Music Business (CEMB) announced the launch of Pipeline, an entertainment industry solutions think tank of Belmont’s best and brightest students.
With support from the CMA and Steve Moore, students began their Pipeline experience in June attending the Billboard Country Music Summit where they learned about important issues facing music industry professionals. Reed Arvin, one of the adjunct faculty members, led the group through a Creativity Bootcamp, challenging them to get “outside the box” and mine their creativity. The group also met with Mark Montgomery, former CEO of Echomusic, to discuss engaging the audience. Pipeline recently hosted a concert at Nashville’s Club Roar with performances by artists Mackenzie Scott, Natalie Royal, and Foxes Have Foxholes to explore the impact of audience engagement.
The three artists performed live in the studio for an exclusive audience and offered a catered meal while watching the show. The production cost of the event was under $3,000 making it affordable for up-and-coming artists. Each artist also received a six-song EP, video footage, and press pictures for use in future marketing efforts. With cost savings per artist as much as $4,000, this type of performance provides unique benefits for artists with limited fan-bases.

Sarita Stewart, Pipeline faculty advisor, says, “By combining the studio experience with live performance, the students helped the artists create a fun and interesting experience. The intimacy of the artist engagement process was reflected in the individual comments following the event.” Performer, Mackenzie Scott, said of her experience, “The stillness and attentiveness I received from the audience was a complete gift and, honestly, every musician’s dream. I hope they felt as moved by the intimacy of the music as I did.” 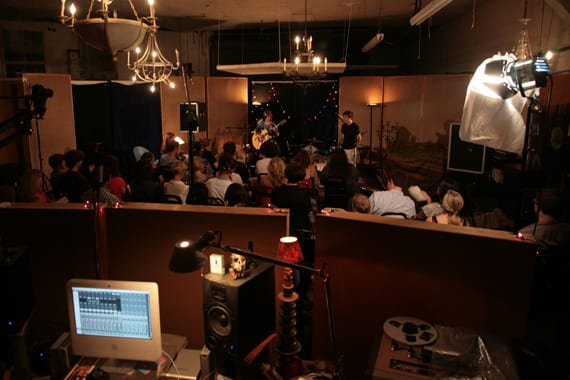