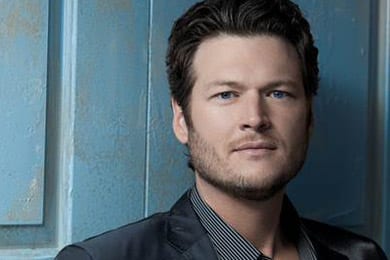 Who is the most interesting man in country music?
Given the quantity of insatiable egos up and down the streets of Music Row no doubt many of our readers just jumped up and yelled, “Me.” But, you would all be wrong, because we now know officially—it’s been reported in the New York Times— the most interesting man is Blake Shelton, whose new album Red River Blue launches July 12.
Nashville’s Warner Music Group has worked long and hard developing this 6’ 5” Okie and it’s clear they aren’t slowing down just cause they are approaching the superstar goalposts. The “push comes to shove” dedication began paying dividends last year with the controversial release of two mini-album six paks. Industry observers proclaimed Warner was “losing money” on the deal and “devaluing” music. But WMG held firm while unleashing a media storm of press coverage. Shelton landed a co-hosting gig for the ACM Awards and his label wisely leveraged that opportunity into an album-style [hugely successful] launchpad for the first single from the new album, “Honey Bee.” But really that’s just the tip of the story here.
“Mr. Shelton is a strong singer,” writes Jon Caramanica in the New York Times this week. “But technical skill isn’t his selling point. It’s charm, through and through. It’s evident on his albums, in his TV appearances and whenever he forgoes the stoic reserve that appears to chronically afflict male country stars. A mouth given to profanity and a Twitter account full of blue humor help too.”
Shelton’s NYT profile also dwells on his recent marriage to another high profile country music star and his role as judge on hit TV talent show The Voice.

“BLAKE SHELTON has been getting choked up a lot lately,” Caramanica continues. “First came his May wedding to fellow country star Miranda Lambert, his girlfriend of several years. And then came the subsequent weeks when he barely got to see her at all. For the most part he was in Los Angeles working endless hours on the first season of The Voice, the hit NBC singing competition on which he’s one of four celebrity coaches. On off days he was flying out to do concerts…. Mr. Shelton, … over the last two months has emerged as the spiritual conscience of The Voice—an earnest and warm coach with a naughty streak. That the breakout star of the show wouldn’t be one of the contestants but instead one of the coaches, and the country one at that, was an unanticipated outcome. But Mr. Shelton, 35, has been primed for such a mainstream star-making opportunity for years now. He’s one of the most affable celebrities in Nashville and one of the most unpredictable, cheekier than all his male counterparts put together. Handsome and 6-foot-5, he’s one of the highest-profile country stars to appear regularly in prime time since the days Buck Owens hosted “Hee Haw.” Apart from perhaps Taylor Swift, he’s becoming the most important and visible ambassador from Nashville to the American mainstream.”

Now there is a new fact-filled (read: wildly exaggerated) video which details the rise of Blake Shelton, the Most Interesting Man in Country Music. The video notes for example, that Shelton has been the protagonist and hero in over 300 best selling novels; that the name “blake shelton” in binary form opens the vaults of 83% of the world’s top banks; and lastly, “Carrie Underwood’s legs notice Blake Shelton.”
How does Mr. Honey Bee respond to these video accolades? He’s uncharacteristically speechless, but offers a piercing look that says it all….
Press Facts: Shelton is the reigning CMA Male Vocalist of the Year; “Honey Bee” is his 4th consecutive No. 1 single and has sold over one million digital downloads; Won CMT Video Awards for Male Video and Best Web Video… Named MusicRow New Artist Critic’s Pick 2002. 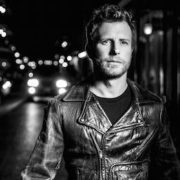 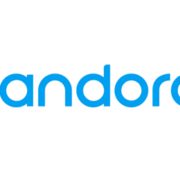 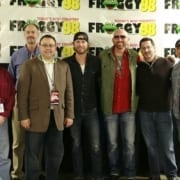