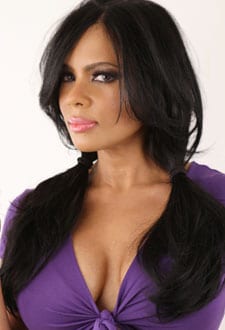 Newcomer Vicki Vann’s debut country radio single is “This Is Where I Get Off,” which was written by top Nashville tunesmiths Casey Beathard, Michael Heeney and Rebecca Lynn Howard.
The song was originally a part of a demo collection for the California native to record when she visited Nashville for the first time. Her debut album Reckless Heart (Red Canyon Records) features 13 tracks and showcases a broad range of influences including Crystal Gayle, Karen Carpenter, The Eagles, Dolly Parton and Linda Ronstadt.
Born and raised outside Los Angeles, Vann grew up on a small farm and fell in love with country music at an early age. Her father, a Baptist preacher, was also an original founding member of Grammy award-winning gospel group The Mighty Clouds Of Joy. Vann has spent the last several years honing her live performances with her band and garnering fans from all over.
“I feel like I really didn’t go out and just choose to sing country music,” says Vann. “I believe country music actually chose me!”