“The force is strong with that one,” confided Yoda in one of the Star Wars epics. Judging by this week’s Nielsen SoundScan numbers he might have been talking about the power of TV to sell music. For example, the Tony Awards prominently featured the Cast of Book of Mormon and sales of the recording jumped 999% to over 60k units, (almost 52k were digital albums). Luke Bryan’s CMT Awards performance sparked mouse clicks for “Country Girl (Shake It For Me)” sending digital downloads up 41% week over week to almost 74k units. And Jason Aldean most definitely didn’t get lost on a “Dirt Road…” After CMT featured a duet “Dirt” performance with Ludacris, the track remained pinned at the top of the Country Digital tracks list jumping 99% from 85k units last week to 169k units. Sales of The Band Perry “You Lie,” also performed on the CMT stage, advanced 37% reaching just shy of 38k for the week.
TV also played a role in the launch this past week of Ronnie Dunn’s solo career. His new self-titled album sits at No. 1 on the country album list shifting over 45k units (17% digital).
So for those who are wondering if Award shows can still boost sales in this era of fragmented media, the answer is a profound YES.
In other highlights this week, Randy Travis’ Anniversary Celebration collection landed at No. 4 on the country chart moving about 19k units (11.5% digital). 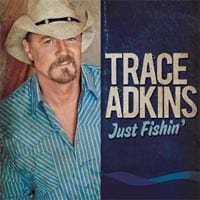 Adkins has hooked one...


Future Hit
If you like to stay ahead of what’s happening, pay attention to the new Trace Adkins track “Just Fishin’.” Over the last three weeks this song climbed from No. 62 to 49 to 43.

Sales this week increased 36% from about 7.7k to 10.5k. The track is Top 10 on the Country Breakout Chart (No. 9) but mainstream radio still hasn’t given it much play (BB No. 18). This column isn’t normally for reviews, but the numbers show the story and if you hear the record your ears will do the rest. This track has the potential to be a career, Song of The Year-type smash for the Show Dog dude.
Overview
The numbers are slowly improving as we head for the six month intermission. Not to cast any shadows, but the second half year is where the action is, and the majority of sales.
So far (through week ending 6/12/11) total all genre album sales are up .6%. Included in that number are digital album sales, which looked at alone are up 19.2%. Zeroing in on Nashville, Country album sales YTD are down 4.1%. As with all genre digital album sales, the category for country is up 26.2%. Country music’s share of digital track sales this year is 10.8%. The genre’s overall market share this year is 11.8%. 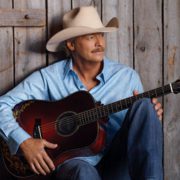 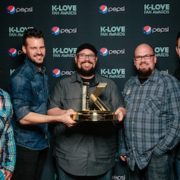