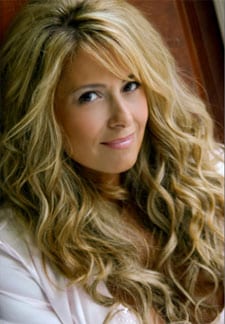 It Is What It Is recording artist Lisa Matassa presents her new country radio single, “Me Time.” Nine North Records has signed on for national promotion efforts, and the single goes for adds June 13.
Matassa’s life is a comeback story, a fairytale that has yet to have its ending written. From a little girl with a big voice to an emerging signed dance pop sensation by the age of nineteen, Lisa eventually put her music career on hold to become a wife and mother on Long Island. That fire inside her to perform and record never died, and now Lisa is ready to conquer the music scene once again with her own unique style that she lovingly calls Long Island Country. “I bring a unique perspective to my music now,” asserts Lisa. “Not many mothers with teenagers embark on a recording career later in life.”
With two-time Grammy nominated Executive Producer and writer, Bobby Guy Graziose at the helm and collaboration by producer Joey Sykes (Meredith Brooks, Third Eye Blind, Don Henley), Lisa released her EP Me Time. “The songs that we recorded and the songwriters I collaborated with, it gives me chills!” exclaims Lisa. The album title Me Time reflects the notion of a woman owning her power and making her own happiness and fulfillment a priority, something that every woman, wife or mother can relate to.
Lisa is embarking on this chapter of her music career on her own terms, explaining, “I feel like I have unfinished business to do. I want to bring this dream of music to the forefront because I know my time is coming. There is such a positive energy around this project and so many people who want to get behind it.”
Lisa Matassa – Me Time