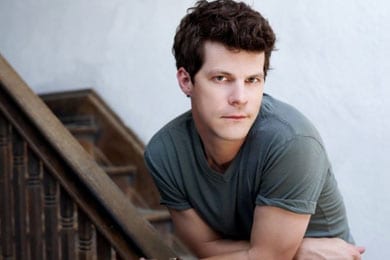 “Twenty Years Late”
Aria Records / Turnpike Music
David St. Romain’s latest single to hit country radio is the soulful ballad “Twenty Years Late,” which officially goes for adds April 4. The song comes from his just-released album All I Really Wanted To Say, which features songs by Brett James, Chris Tompkins and Jeffrey Steele as well as St. Romain’s own contributions.
“This song is a genuine look at many mother/son or mother/daughter relationships,” says St. Romain. “We, the sons and daughters, often forget how much our mothers have done for us throughout our childhood and as we grow older and have our own children, we realize how much we miss about those childhood memories.”
St. Romain first gained national attention when he made the finals of Nashville Star in 2007. Hailing from Alexandria, Lousiana, St. Romain blends a high energy live show with country, soul, rock, and a dash of Cajun influence.
“I would like people who listen to this album to look at the songs as a slide show of my life,” he says. “Every song holds true with my life experiences. It’s the first consideration when I choose the songs to record and it’s certainly factors heavily in the songs I write. A song has to make me feel something the first time I hear it.”
http://www.davidstromain.com/
[wpaudio url=”https://musicrow.com/wp-content/uploads/2011/03/dsr-20yrslt.mp3″ text=”David St. Romain – Twenty Years Late” dl=”0″ autoplay=”1″]