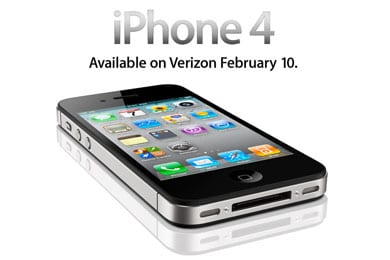 iPhone lovers, rejoice. After what seems like years of speculation, the beloved Apple Inc. smartphone will finally be unshackled from the oppressive tyranny of AT&T and available for use through the Verizon Wireless network. Viva la revolucion!
Verizon’s version of the iPhone 4 will be available for purchase Feb. 10, with the 16 GB version retailing for $199.99 and the 32 GB edition going for $299.99. A special Verizon-only feature will allow the phone to serve as a mobile hotspot connecting up to five devices. No information has been released on the cost of data plans, but tuaw.com reports that Verizon’s Android phones have the mobile hotspot capability for $20/month on top of the $30/month unlimited data plan. Apple originally released iPhone 4 for sale through AT&T in June 2010.
This development will likely allow Verizon to siphon significant business from AT&T, whose exclusive contract with Apple to carry the iPhone has been a major competitive advantage. And with Verizon’s network being the nation’s largest, Apple stands to reap great rewards from tapping its massive customer base.
So this begs the question: who will be making the switch? 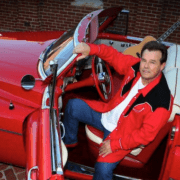