“Frank brings solid relationships and strong tactical radio expertise and insight to 13 Management,” stated 13’s Robert Allen. “As we ramp up for the Taylor Swift Speak Now World Tour in 2011, Frank will be an invaluable resource to manage our radio outreach and develop our marketing research initiatives.”

Prior to joining 13 Management, Bell spent ten years as Vice President of Programming for Keymarket Communications of Pennsylvania / Ohio, overseeing on-air operations and marketing for a 14-station group.

Bell will officially join 13 Management on December 13, but can be reached now at:  [email protected] 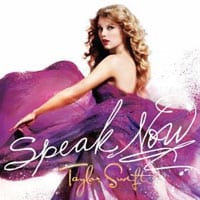 Several shows have been added to the tour, which kicks off February 9 in Singapore and includes 90 shows in 19 countries spanning four continents.

NEEDTOBREATHE is the featured artist for the North American leg of the tour. Ticket prices start at $25. Visit www.TaylorSwift.com for details.