[Please sing using melody from “Sound Of Music”]
Album sales are alive
With the Sound of Nashville,
With Swift and Aldean,
Numbers one and two,

The register rings,
With the sound of Nashville
Sugarland, Paisley,
Kings Of Leon, too…. 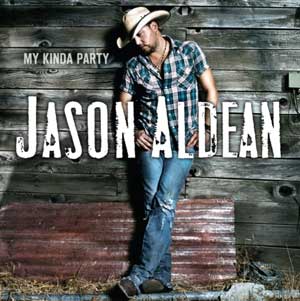 Yes, as we prepare to enjoy tonight’s CMA Awards (11/10) one can’t help but notice that Nashville’s Taylor Swift, Jason Aldean and Sugarland occupy the first three position on the Top 200 sales chart. Kings of Leon are at No. 6 and Brad Paisley’s Hits Alive debut (No. 9) also holds down a Top 10 position giving Nashville 50% of the Top 200 Top 10!!!!

In debut news this week, Jason Aldean turns in a stellar performance shifting almost 193,000 units, including an unusually high 24% of those as digital downloads. Aldean’s last outing did around 110k first week units, so sales of My Kinda Party are showing a strong forward move becoming the biggest first week country male vocalist debut in over three years. “I can’t say enough about my fans and this incredible ride we are all taking together,” said Aldean. “Don’t count out the kids who live out in the sticks, drive pickup trucks, wear John Deere hats and like their country music on the rockin’ side. It’s been a killer week, and now I’m focused on performing on the CMAs with Kelly Clarkson. It’ll be like nothing I’ve ever done on TV before.”

Brad Paisley’s Hits package debuts at No. 4 on the Current Country chart with almost 31k units, (16% digital). Greatest hits still appeal to consumers who are not downloading. But since downloaders can chose any of the songs at their discretion without having to get the entire bundle, they are less likely to be attracted. However, savvy marketers are enticing fans to own the package with the inclusion of value added content not available in other places.

For the week ended 11/7/2010 country album sales are off 8.5% YTD compared with the same period last year. All genre album sales for the same metric are off 13.5%. To catch up with last year, country sales will need to average 1.84 million units per week for the remaining 8 sales weeks of 2010. Realistically it appears highly unlikely that country will break even or go ahead of its last year numbers. Insider estimates now range from a drop of 5-8%, but of course it’s not over till the last register rings…

Next week Reba and Blake launch their newest; on 11/16 we get new music from Rascal Flatts and Keith Urban; 11/23 and 11/30 signals Greatest Hits paks from Alan Jackson and Tim McGraw respectively. Stay tuned…