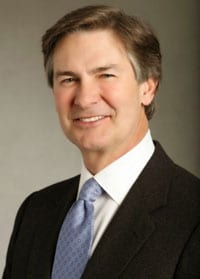 Lowe has served as president, chairman and CEO of Scripps Networks Interactive since 2008, where his brands include GAC, HGTV, Food Network, DIY Network, Travel Channel and Cooking Channel. Lowe’s career also includes more than a decade of management experience in radio, which he cites as important in helping him make the transition.

“It’s no coincidence that a lot of folks who had a hand in the development of cable networks came out of radio,” says Lowe. “They had a better understanding of a more niche type of programming. Radio was truly that, whereas in broadcasting, so much of a local station’s content came from the network. Radio folks tended to be more hands-on and more promotion and marketing driven.”

Lowe joined Scripps in 1980 as GM of the company’s radio propertires, before moving into television where he founded HGTV, acquired the Food Network, and oversaw the launch of the DIY Network, among others. Previously he was president and CEO of the E. W. Scripps Company from 2000-2008.