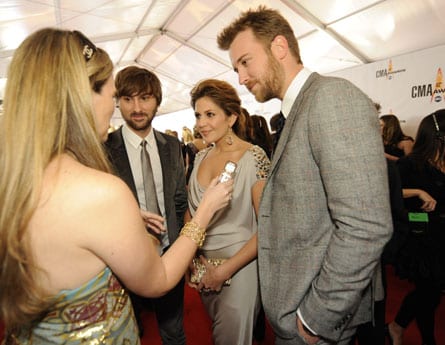 “Black” will be the new “Red” backstage at the 44th Annual CMA Awards Nov. 10. The CMA Awards Black Carpet presented by Jack Daniel’s will be the official kick-off for “Country Music’s Biggest Night” and portions of the carpet will be auctioned to benefit music education.

“We are thrilled to have Jack Daniel’s partner with us for this year’s Black Carpet,” said Sheri Warnke, CMA Vice President of Strategic Partnerships. “We had such a great experience with them at this year’s CMA Music Festival and we look forward to another successful collaboration.”

“Jack Daniel’s has long played an important role in the lives and songs of country music artists, and the CMA Awards Black Carpet is an exciting way to celebrate these honorees,” said Mark Grindstaff, U.S. Marketing Director for Jack Daniel’s. “The prestige of the CMA Awards and the popularity of Jack Daniel’s go hand-in-hand.”

This year’s Black Carpet will be positioned on Demonbreun Street between Fourth and Fifth Avenues. Portions of the carpet featuring Jack Daniel’s insignia will be signed by artists and included in the CMA Awards Post Party silent auction to benefit CMA’s Keep the Music Playing, which supports  music education in public schools. The Gibson Foundation has donated a 10-foot Gibson Guitar Les Paul guitar sculpture signed by artists participating in this year’s Awards that will be positioned on the Black Carpet and then also placed in the Post Awards Party silent auction.

Jack Daniel’s will also co-present the CMA Awards Post Party which this year will feature live music and dancing. There will also be intimate lounge areas where party-goers can take a break from the dance floor, a VIP room, delicious delicacies, and a signature Jack Daniel’s beverage.

Tickets for the 2010 CMA Awards can be purchased at www.ticketmaster.com. Prices begin at $110 for Upper Level.  In 2009, the CMA Awards sold out in advance.