[Updated 8/12] The net neutrality debate which has been slowly heating to a boil between Verizon,Google and FCC Chairman Julius Genachowski now has Facebook entering the fray. Facebook, the giant social network with over 500 million users, obviously has a vested interest in the outcome of rules affecting its ability to move data over broadband networks. Readers will recall that one of the main differences between the FCC and the Google/Verizon plans is that Google/Verizon wants neutrality applied only to wired networks, and not to wireless. Here’s what Andrew Noyes, policy spokesperson from Facebook has to say…

“Facebook continues to support principles of Net neutrality for both landline and wireless networks. Preserving an open Internet that is accessible to innovators–regardless of their size or wealth–will promote a vibrant and competitive marketplace where consumers have ultimate control over the content and services delivered through their Internet connections.”

Verizon and Google have not explained their reasons for differentiating between wired and wireless nets except to say that that area is “competitive and changing rapidly. Imposition of too many rules up front would not allow us to optimize this network in a fashion that would supercharge the growth we’ve seen in the past.”” However, the two companies have ties in the mobile space, specifically Google’s Android market. 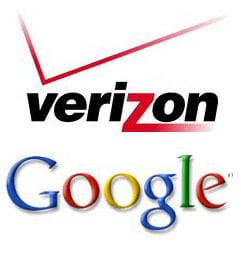 Why should the music industry care about the ongoing and controversial net neutrality negotiations between the FCC, Verizon, Google and other groups? Perhaps because distribution of music and video depends upon Internet bandwidth to be heard, viewed and/or downloaded. The arguments currently taking place may well effect how content travels across wired and wireless networks and the associated cost. 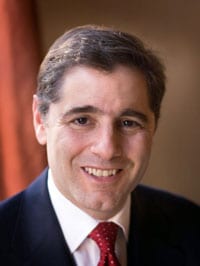 Federal Communications Commission Chairman Julius Genachowski has proposed that regulations be enacted to require equal treatment for all legal web traffic—which is known as net neutrality. This means that large companies can’t make private deals with carriers for special traffic treatment. Imagine a super fast interstate toll road and a normal two lane county road. What if the toll road was so expensive that only the most wealthy drivers could afford to use it? That’s in effect is what the neutrality discussion is about. Proponents want to make sure that no one gets preferential treatment based upon size and/or ability to pay.

In the past few days, after seemingly agreeing to the principles of net neutrality, Google and Verizon (G/V) proposed a new plan they are also calling net neutrality, but it contains some important differences from the FCC version. The G/V concept calls for the creation of a premium services broadband network that might offer services which don’t exist at this time. They also want to exempt wireless Internet because it is too “competitive and changing rapidly.”

PC World’s Ian Paul asks some important questions. “What would the costs be to gain access to the special networks and private services? Would fees be structured like cable packages?” And he also notes that wireless access is growing rapidly and wonders why it would be excluded.

FCC Commissioner Michael J. Copps, clearly not a fan of the new Google/Verizon initiative, said it bluntly, “Some will claim this announcement moves the discussion forward. That’s one of its many problems. It is time to move a decision forward—a decision to reassert FCC authority over broadband telecommunications, to guarantee an open Internet now and forever, and to put the interests of consumers in front of the interests of giant corporations.”

The LA Times recently praised the attempt to gain consensus from all broadband providers saying, “The breakdown of those talks complicates matters, and suggests that Genachowski may have to rethink his plan to enforce net neutrality by bringing 21st century broadband providers under rules originally designed for 20th century telephone services. Whatever route it takes, though, the commission should move now. Genachowski is right about the need for enforceable rules that prevent broadband providers from blocking or slowing access to websites and services they don’t favor. Internet service providers are itching to create a toll lane to deliver content and services from companies that have the resources to pay for better access to consumers. If that toll lane crowds out the free and open Internet that’s been a breeding ground for innovation and creativity, the whole economy will suffer.”