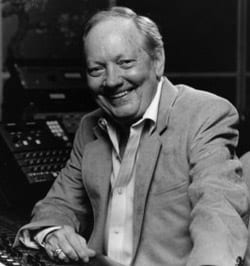 Musician’s Hall of Fame Member, pedal steel guitarist, producer, and recording artist Pete Drake will be inducted into the Georgia Music Hall of Fame during the 32nd Annual Georgia Music Hall of Fame Awards Show on September 11, 2010. Nashville musicians being inducted along with Drake (also posthumously) include songwriter John Jarrard and songwriter/recording artist Paul Davis. Other inductees in the class of 2010 include India.Arie, The Black Crowes, and Jennifer Larmore. Held at the Cobb Energy Performing Arts Centre in North Atlanta, the ceremony will be televised live at 8:30 PM on Georgia Public Television.

Drake’s wife and long-time business partner, Rose Drake, will attend the ceremony and accept the award in his honor.

“Pete was very proud of his Georgia roots, so it is really an honor for our family to have him recognized as a member of the Hall of Fame,” she says. “If he could have been here to attend the ceremony, I know he would have been thrilled.

The evening will include live performances by The Black Crowes, Jennifer Larmore, legendary rock band, STYX and this year’s Horizon Award recipient, Spanish/Engish singer, Tyna Q. The Horizon Award is given to an up and coming performing artist or songwriter, either individual or group, with significant ties to the State of Georgia, and who is expected to make a significant future contribution to the world of music.