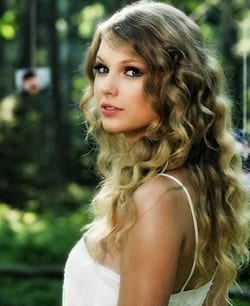 Sister networks CMT, MTV, VH1 and MTV International will team up to present the global premiere of Taylor Swift’s new video “Mine” on Friday, August 27.

The first single from Swift’s upcoming album Speak Now, “Mine,” was rushed to radio after being leaked across the internet. The song went on to debut at No. 1 on Billboard’s Hot Digital Songs Chart and No. 3 on Billboard’s Hot 100. With the Hot 100 distinction, Big Machine Records’ Swift joins Mariah Carey as the only female artist in history to debut more than one single in the Top 5 in a calendar year.

The video will touch all of the MTV Music Group channels and websites in a cross-channel, cross-platform event featuring simultaneous online premieres and heavy on-air promotion, including a half-hour special to air across CMT, MTV and VH1.
CMT.com, MTV.com and VH1.com, along with MTV International sites, will present “Mine” in an exclusive online premiere block beginning at 8:30 PM/ET. MTV will debut the video on-air during its prime time lineup Friday at 9:00 PM ET/PT, while VH1 is set to air the video as part of its highly-rated weekly series VH1 Top 20 Video Countdown on Saturday, August 28 at 9:00 AM ET/PT.

Swift will introduce the video for the very first time before a live audience in CMT Premieres Taylor Swift “Mine” as she returns to the towns of Kennebunk and Kennebunkport, Maine where the video was filmed with co-star Toby Hemingway. The special includes a behind-the-scenes look as Swift gives CMT host Katie Cook a tour of the quaint towns, and offers personal insight into how this latest video came to life. “Mine” was co-directed by Swift and Roman White.