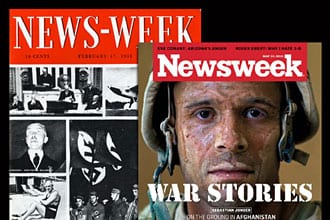 Newsweek has been put in play according to Chairman Donald E. Graham who said the venerable news entity “might be a better fit elsewhere.” Newsweek’s parent, The Washington Post Co. has retained Allen & Co. to explore the publication’s sale. Pricing and potential suitors are still to be determined. Business Week sold recently for under $5 million.

Anne McDaniel, Newsweek managing director and Sr. VP at the Washington Post told Ad Age, “As a public company, we must pay attention to the return to our shareholders. But there are two other extremely important criteria—one, a good home for Newsweek and Newsweek.com, and two, a good home for the employees for Newsweek.”

One issue that will weigh on the sale process is Newsweek’s obligation to its existing subscribers recently reported as an average of 1.9 million. If the publication were to be shut down and not sold, Washington Post might be liable to refund money to subscribers that have already paid. Moving that liability to another party may actually be a large part of what is expected in the sale process.

“That would be the main reason to put it up for sale rather than shutting it down,” said Reed Phillips managing partner at media investment bank DeSilva & Phillips. “The issue with shutting it down, for a company like Washington Post, would be that they have to refund money to subscribers who already paid. I think their primary objective is not to see any objectives from the sale but to off-lay the subscription liability to someone else.”