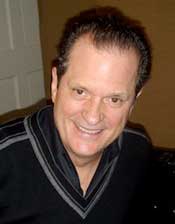 “Publishing is like the canary in the coal mine,” smiles Skyline Music Managing Partner and publishing veteran, Wally Wilson. “Even though we have a shrinking industry, people have been thinking, ‘We’re ok, publishing is safe.’ Now we realize, after seeing the big changes at Sony and the closing of Lyric Street, if those large entities aren’t safe, then maybe nothing is. And radio is also shrinking, in many cases there’s one person operating an entire station. Just like the economy affects any other business, it will also be reflected in what happens to publishing.”

“It’s all about singles, that’s where the big money is,” says Noble Vision Music Group President Hal Oven. “The talk about performances shrinking is not good news. And the fall in mechanical income has been devastating for both the independent and major publishers. But even with those revenues shrinking, getting a Top 5 single is still what creates the big money. If we can get a few of those Top 5s, we’ll be fine. As an indie we don’t have a whole lot of leverage, so you just try and increase your number of cuts and hope that some of them emerge as singles. I hate to admit it, but getting my writers to write with artists is also important. We try to do that and present the best songs we can.” 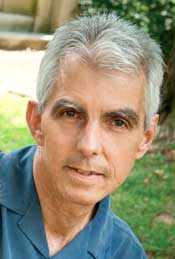 “What is troubling and has caused us to change our model,” says Wilson, “is we see on the charts now that all but 5-10% of the songs are written or published by the artist or producer. It’s always been a game to be played, but now it’s such a large share of the business. The old traditional songwriting staff therefore has got to change and the values of publishing have to adapt because the business has changed underneath us. I am expecting to see performance royalties shrink in the near future, but I don’t expect it to be so terribly dramatic that people start jumping off buildings or anything. But clearly publishing remains a game for people with stout hearts and big pocketbooks.”

“We had three staff writers until recently when a deal ended,” says Oven. “We’ll definitely be watching carefully to see if/when we can add a third writer again. Due to all the recent consolidations, there’s a lot of great writers out there looking for deals.”

“One strategy is going to be to sign some artists,” says Wilson. “Also, the writers we have and/or are looking for will need to have great relationships with artists and the creative forces such as producers and A&R execs. Unfortunately, some of the creative staff we’ve all relied upon will get left behind. The songplugger has to change their business model. It can’t just be about breeding great songs by bringing top writers together. That was a good plan in the mid-nineties; now you have to be ready to get on the bus and find both the baby and the big acts.”