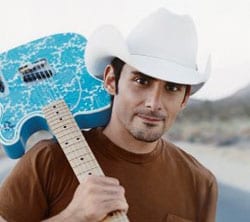 On Tuesday, April 27, Belmont’s College of Entertainment and Music Business welcomed country star and program alum Brad Paisley to a special edition of The Insider’s View in the Curb Event Center. A consummate singer, songwriter, guitarist and entertainer, Paisley shared stories about his experiences networking, playing and recording music in the Belmont campus studios, and interning on Music Row. He advised students to think outside the box for new ways to work in the ever-changing music industry. 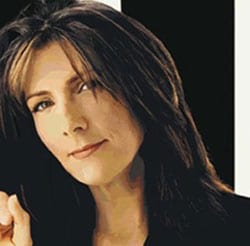 The much-awarded Paisley is the reigning ACM Male Vocalist of the Year with accumulated sales of over 10 million units. His most recent album, American Saturday Night, was ranked as Time magazine’s 2009 No. 1 album of the year in any genre of music. 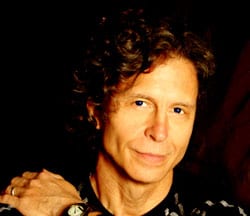 pus for a convocation event at the Troutt Theater on Wednesday, April 28. Mattea’s long history of activism has led her to bring public attention to several current environmental issues, including global warming and mining practices in her native Appalachia. The work and the music have joined together to produce her latest Grammy-nominated CD, Coal, featuring songs from the coal country and culture of “her place and her people.”

Belmont University programs offered in response to the 2009-2010 theme A Paradise Lost? have engaged a myriad of questions surrounding issues of sustainability. Other guests of note for the year include: Eric Schlosser, author of “Fast Food Nation” and co-producer of the award-winning documentary “Food, Inc.” and renowned poet Mary Oliver.