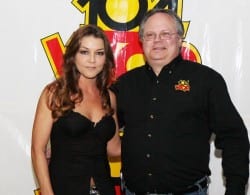 Gretchen Wilson will release her fourth studio album entitled I Got Your Country Right Here, on March 30. Produced by Wilson, John Rich and Blake Chancey, the 11-cut disc will be the first release on her recently launched Redneck Records. The first single from the album is “Work Hard, Play Harder.”

“This is the album of my career,” said Wilson. Her previous three releases, Here for the Party, All Jacked Up, and One Of The Boys, each debuted at No. 1 on the country album chart.

Wilson sang the national anthem and performed a set during the halftime festivities at the AFC Divisional playoff game between the Indianapolis Colts and Baltimore Ravens Jan. 16. The game and performance was carried on CBS and on Country 97.1 HANK FM in Indianapolis.