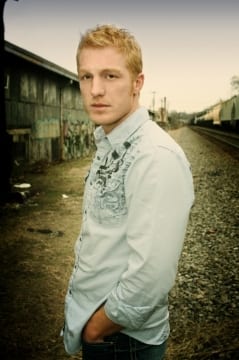 “I was lucky enough to open a few dates for Aldean in November last year and had a blast playing for those big crowds,” says Bowers. “When I was told I was going to join in on the fun again I was thrilled. What a great way to kick off a new year!”

Bower’s debut single “Stuck” never charted on MusicRow’s Country Breakout chart, but hopes are high for his second attempt, “Ain’t No Stopping Her Now” set to ship on Jan. 15. The new song was written by Bowers and Kyle Jacobs, who co-wrote “More Than A Memory” for Garth Brooks. Other Stoney Creek artists include Megan Mullins and Crossin Dixon. Stoney Creek is part of the Broken Bow Records family, Aldean’s label home.

As previously announced Capitol’s Luke Bryan (“All My Friends Say”) is also part of the tour for most of the dates. For more info visit www.jasonaldean.com